Gabrielle Gore-Booth and The Lissadell Affair

This is the story of how the widow and daughters of Josslyn Gore Booth were reduced to near poverty and eviction amid allegations of mismanagement of the estate in the late 1950s and early 1960s. It generated considerable public indignation when it was first told by English journalist Anne Robinson (of the BBC’s Weakest Link) writing for the Sunday Times. 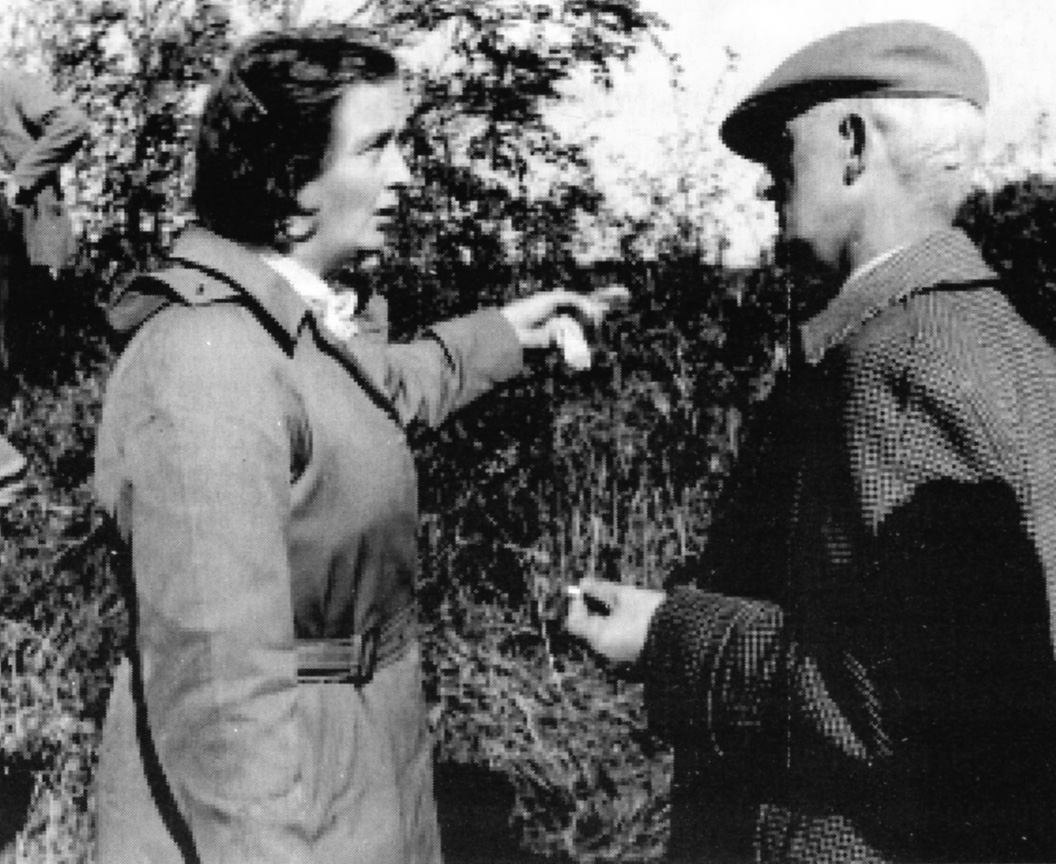 Gabrielle Gore Booth was a hardworking horticulturist, agriculturalist and estate manager who assumed the governance of the 3,000 acre Lissadell Estate in 1944, on the death of her father Josslyn, as her elder brother Michael (the heir) was judged mentally incapable and made a Ward of the High Court. The youngest of a family of eight, she was just 26. The tale of how she and her sister Aideen, and their mother were reduced to near poverty and eviction by the almost dissolution of the family estate in the 1960s is known as “The Lissadell Affair”. It is a tale of mutual incomprehension, distrust and increasing frustration with the legal process. Yet Gabrielle survived with dignity, and a touching innocence. She is remembered with great affection by her neighbours, and by the many visitors to her home, which had become a shrine to her aunt, Constance Gore-Booth, Countess Markievicz.

Her father’s last words to her were: ‘I know you are very tired, Gabrielle, but you must carry on’. It was March 1944, and his death blow was the news that his son Hugh, who had been groomed to take over the estate and manage it for Michael, and who had lectured in Estate Management at Oxford University, had been killed in action off Crete during WWII.  His younger son Brian had been killed in January 1940 when HMS Exmouth was torpedoed. Gabrielle managed the estate under the supervision of the then Solicitor General for the next seven years. In 1952 a new Solicitor General was appointed, and he took a more active role in managing the estate. He found that the family had run up a large overdraft as a result of death duty payments and the general agricultural economic depression. This clearly troubled him.

In September 1954 Gabrielle discovered that timber receipts of £5,750 were not recorded in the year-end accounts. A confrontation followed; the accounts were amended, but relations between them became strained. In February 1956 he sacked Gabrielle, and appointed a new manager. Gabrielle retaliated by locking all the gates of Lissadell (at 6am on Saint Valentine’s day).

The majority of estate workers demanded Gabrielle’s reinstatement, and were dismissed for their pains. The Lissadell nursery, and other horticultural enterprises closed. Gabrielle paid the workers herself out of the proceeds of estate timber. The Solicitor General countered with an injunction preventing her from disposing of estate property, and obtained an order permitting him to sell the estate to the Land Commission: he began by selling the Lissadell cattle. Gabrielle and her sister Aideen protested by standing on the ramp of the removal truck to prevent loading, and hit the headlines: “Judge refuses to jail sisters. Told of removal of Lissadell cattle”.

The sale order was rescinded following further court action because the trustees had not been consulted. The Solicitor General hit back by getting another injunction preventing them interfering with the estate management, and an eviction order suspended on condition that they did not interfere.

Gabrielle and her family watched helplessly as timber was felled and removed. Further court action led to years of delay before their claim for an inquiry into the management of the estate was dismissed as ‘reckless’, ‘absurd’ ‘fantastic’. During the hearing the timber sale figure was revised to £18,000. The Land Commission subsequently acquired over 2,600 acres of the estate.

Calls for a public inquiry were followed by an investigation by RTÉ’s current affairs programme ‘Seven Days’, re-examining the claim in respect of the timber, which had been dismissed as ‘absurd’. A firm of consultants were engaged to investigate a sample area (45 acres) of felled woodland, and estimated the value of the timber as closer to £32,000, a figure subsequently revised to £110,000 taking into account the loss to the estate from the failure to plant new trees to replace the felled timber. The controversy and public indignation generated by the programme is known as ‘The Lissadell Affair’.

An extract from Gabrielle’s diary

“Today is the 2nd of March 1959. There is no ploughing done, usually at this time of year three quarters of the ploughing would be completed. Anyone in this Area who is going in for the very remunerative Early Potato growing has their early potato crop planted. There are no vegetables planted, the garden fence has been knocked down, and Ass loads of Firewood taken out across it burying the valuable net wire in the ground.

No Farm yard Manure has been put out on the land. There is still £1,500 worth of timber going out to Messrs Somerville every week. Trailer loads are going out of the Tank Wood at all hours with no supervision whatsoever, those that do pay for their timber get no receipt. There is no sowing of tree seeds to prepare for future replanting.”

An extract from the judgment of Mr Justice Davitt

…on the application by Gabrielle and her mother for an inquiry into the management of the estate. Oral evidence was taken in October 1961. Judgment was not delivered until April 1965. Following the controversy generated by “The Lissadell affair” in 1971, Davitt P. made his judgment public:

“Professor Clear states that there was no easy way of valuing cleared woodland: and that even a careful check of areas cleared, and a count and measurement of stumps, would be liable to grave error. Stated baldly her case .. appears to be that all was well at Lissadell until a manager was appointed; that since then matters have gone seriously wrong; that some 32 acres of woodland have been denuded of trees by unlicensed felling; and that some £68,000.00 worth of timber has been sold without being accounted for. The inherent improbabilities in this case are obvious. Felling timber, even on a small scale, is not an operation which can be carried out silently or secretly; and illegally clearing 32 acres on an estate to which the attention, not merely of the Officers of the Forestry Division but also of the Garda Siochana have been directed, without attracting their unfavourable notice in any way would seem to me to be a task which would be quite impossible to achieve successfully.

The absurdity of the tale is I think obvious. I cannot think that any sane person would be so childishas to believe that the fact that a number of trees had been recently felled could be concealed by pouring oil upon the stumps and then covering them with moss, particularly if freshly cut tops of trees and fresh sawdust were left lying around to give the game away to the most casual observer. … the facts alleged in this fantastic story were, needless to say, denied in affidavits made by the Estate Manager and others, and are unsupported by any independent evidence. I refer to the matter mainly because it illustrates the kind of allegation Miss Gore Booth was prepared to make and the somewhat reckless exaggerations to which she is apparently prone. Neither Gabrielle or her mother or sister have any legal rights whatever to any say in the matter as to how Lissadell is to be managed. They have no legal right even to be at Lissadell. They have been allowed to remain there because of the belief that if Sir Michael Gore Booth were under no disability it would be his wish permanently to extend the hospitality of his home to his mother and sisters. That belief may or may not be well founded. I do not consider it necessary to direct that felling of timber be discontinued”.

Gabrielle was appointed Land Agent at Classiebawn by the kindness of her neighbour, Louis Mountbatten, who also allowed her to take away some curtains to replace rotting drapes in the drawing room at Lissadell. With her siblings Aideen and Angus, Gabrielle lived in the small suite of rooms off the Bow Room, which was their drawing room. Gabrielle died of cancer in June 1973. She was survived by her sister Aideen, and brothers Michael and Angus.With her death, her siblings decided against any further legal action. Aideen took over the position of Land Agent at Classiebawn (pictured below). 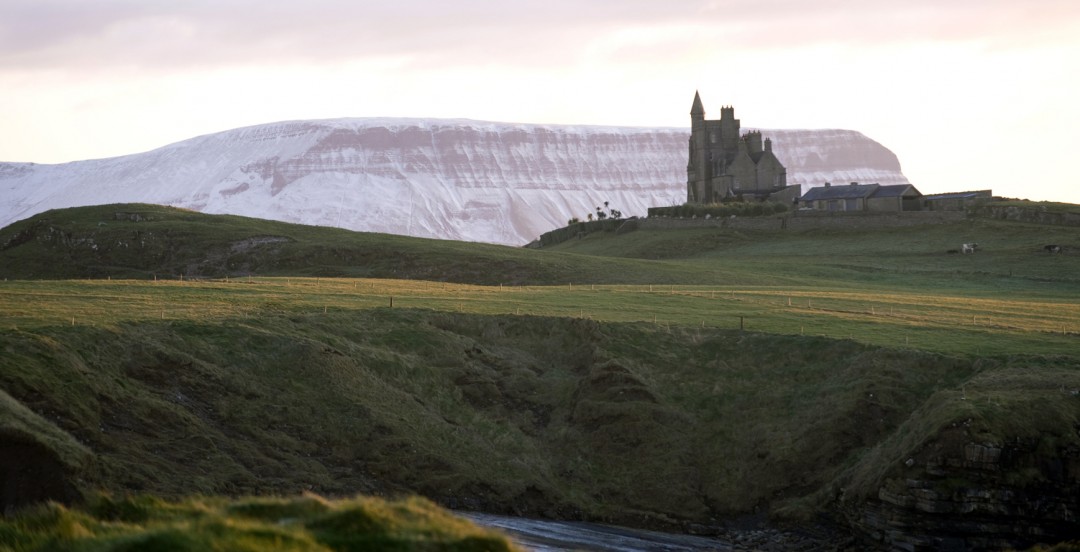 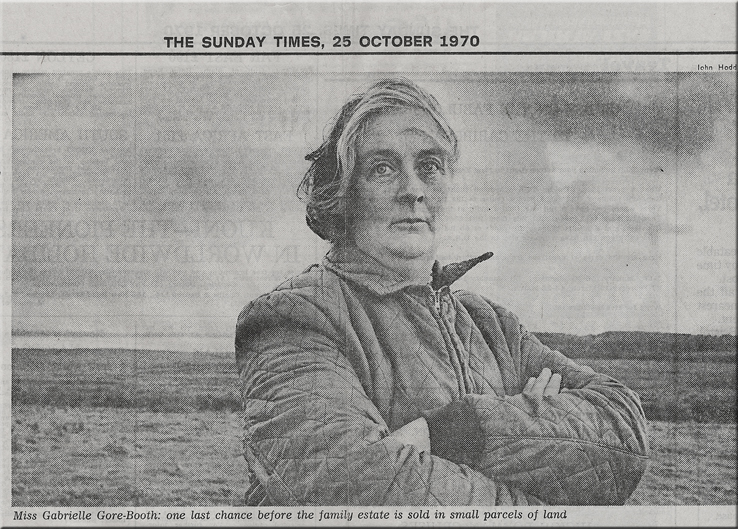 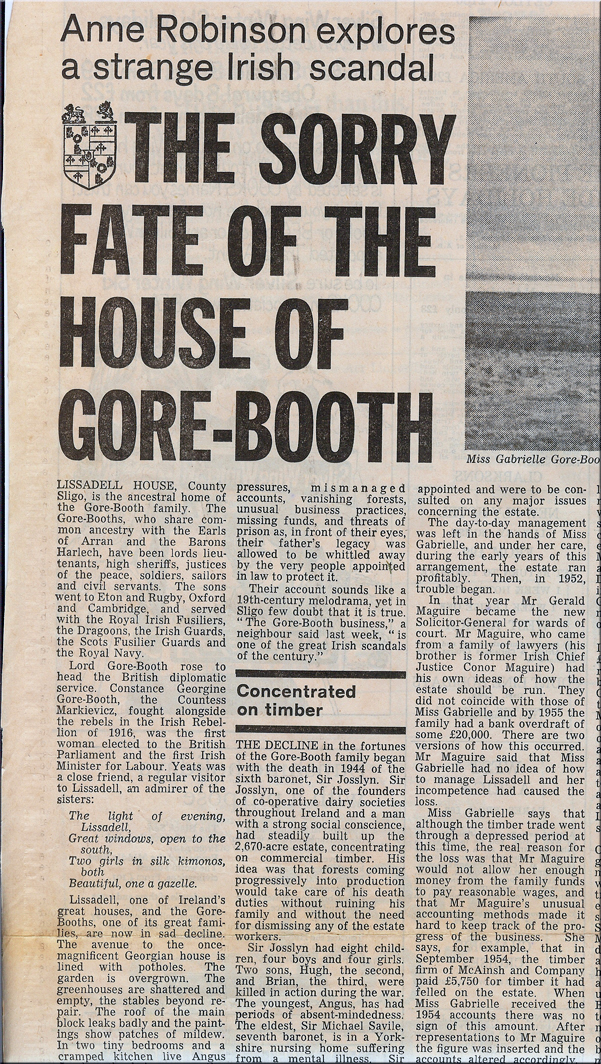 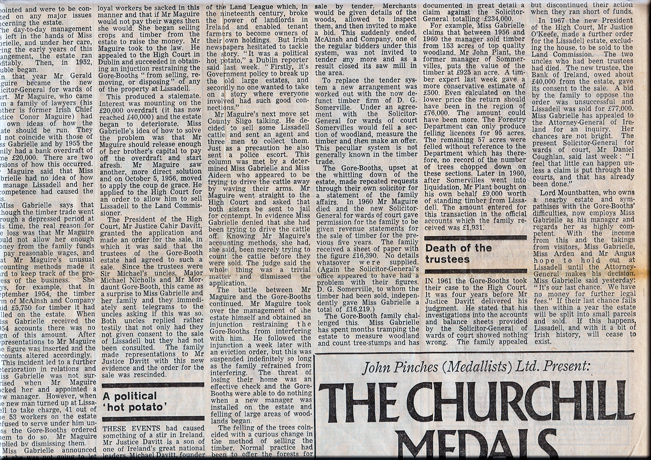 Many thanks to Ms Browne, daughter of Pat Brown of Argue + Phibbs, solicitors, Sligo, for her father’s scrapbook of press cuttings on the Lissadell Affair. Argue + Phibbs acted for the Gore-Booth family.