Our guided tour of the house is 45 minutes in length. This time has been selected as the most convenient for all our visitors. As you come towards the house along the panoramic walk, you will see the house as it was designed to be seen by the Architect, Francis Goodwin, from the East (which is the front of the house) rising from the simplicity of the gravel & grass platform, with no clutter around it. You will enter Lissadell through the porte cochere at the side of the house, up the steps and through the main doors. You will walk through the hall (paved with Kilkenny marble) and first visit the Billiard Room,  next the Gallery (from which you can see the view from the Bow Room windows made famous by the poet W. B. Yeats); you will then visit the Ante Room, the Drawing Room (from which you can again see the views through the “Great Windows open to the South” which enchanted the poet) and the Dining Room. These reception rooms are on the ground floor. Next you will proceed downstairs to the Kitchen, Servant’s Hall, pantries, wine cellar, china room, housekeeper’s room, butler’s room, the garden room, the contemporary literature room, the nursery room with children’s toys, and various other staff & work rooms. You will leave through the subway from the sunken courtyard, which leads visitors back up towards the Coach House, or down towards the Alpine Garden.

The guided tour does not take you upstairs to the private family rooms, where seven children (mainly teenagers) & their friends hang out. Every parent knows what teenagers’ bedrooms look like. This is our home as well as a historic house.  Like any family in Ireland we have photographs of our children.  It is our children who persuaded us to open the house to you, our visitors, and they are the reason you can visit Lissadell.

The Parliamentary Gazetter of 1846: “This is a house for the connoisseur. It responds to the romance of its setting, not with Gothick drama, but with Attic reserve. … With consistent economy the local limestone is worked into spare, exact exteriors, and polished to articulate severely the interiors of the finest Greek-revival country house in Ireland”.

Robert Gore Booth (1805 – 1876) was born in a Regency style house with bow windows on the shores of Drumcliff Bay, by the site of the present walled Lower Garden, which is the Alpine Garden.

Following several years abroad, Robert decided to build a grander home for his family, and commissioned English architect Francis Goodwin to build him a new house at Lissadell. By 1833 the new house was finished: built of local cut grey limestone in the Neo-Classical Greek Revival style, it stands grey and austere on an eminence overlooking Sligo Bay, and at the foot of the magnificent Ben Bulben. There are no outbuildings to mar the simple, classical lines, and likewise no attics. The outbuildings are connected to the house by a service tunnel which runs from a sunken courtyard to the avenue and stable yard, and staff quarters are in the basement.The limestone was quarried locally at Ballisodare (location of Yeats’ Salley Gardens). Francis Goodwin was so proud of his design that it featured in his book “Domestic Architecture” (on display in the Gallery), the only private residence to do so.

The entrance to the house is by the Porte Cochère, through which the magnificent Ben Bulben is framed. The house faces Knocknarea, “That cairn heaped grassy hill where passionate Maeve is stony still”, and has magnificent views over Sligo Bay. Inside, the house is full of light and brightness – in the Gallery, the Bow Room, on the Great Staircase, and in the Drawing Room. The poet W.B. Yeats evoked this beautiful sensation of light in the words:-

“The light of evening, Lissadell, great windows open to the south …”.

The Drawing Room has stunning views of Ben Bulben, Knocknarea and Sligo Bay, and is now home to a remarkable series of AE (George Russell) paintings. The Bow Room has a wonderful collection of Regency books, reflecting the tastes of Caroline Susan Goold, who married Robert Gore Booth in 1830. She was clearly a well read and fashionable lady, who ordered all the new London publications for her drawing room at Lissadell. The library of books also reflects the interests of later residents; the adventurous spirit of her son Henry, the sailor, and the Victorian scholarly and devotional works used to educate her grandchildren. The Bow Room, and a small suite of rooms behind, later served as the main living and sleeping rooms of the family of Gore Booth siblings living in near poverty in the 1960s and 70s (see the Lissadell Affair in our Gabrielle Gore-Booth page), when the remainder of the house was un-lived in.

The Gallery was designed as a Music Room, has remarkable acoustics. It is oval in shape, lit by a clerestory and skylights and is 65 feet in length. It still has its original Gothic Chamber Organ made by Hull of Dublin in 1812, and also a walnut full size 1820 Grand Piano. The Gallery is famous for two superb suites of Grecian gasoliers by William Collins, a chandelier maker of the Regency period. The gasoliers were lit by a gasometer on the estate and as late as 1846 Lissadell was the only country mansion in Ireland lighted with gas generated locally at its own purpose built gasometer.

The images on the Dining Room pilasters were painted in 1908 by Casimir Markievicz, husband to Constance Gore-Booth. Casimir clearly had an indulgent brother in law in Josslyn Gore Booth. The stuffed bear was shot in the Arctic by Sir Henry Gore-Booth in 1881. In July 2015 this room hosted a sitting of the Cabinet, a historic occasion for Lissadell, Sligo and the North West of Ireland.  Lissadell is a historic house which is still making history.

The Anteroom was a favourite room of Constance Gore-Booth, and was known as her ‘den’.  She loved it because of the light in this east-facing room.  Constance painted and wrote in this room, and in 1898 she engraved her name on one of the windowpanes. This room is now home to many of her artistic works, including her sketch of the painter Sarah Purser, other early artistic works, and her writings.  Recent visitors who used this room include the Cabinet secretariat (July 2015), the Prince of Wales, Duchess of Cornwall and the Knatchbulls (May 2015).

The Billiard Room contains the memorabilia collected by Henry Gore-Booth. Henry has two claims to distinction: his children and his enthusiasm for sailing. Sailing summers cruising off Norway with a friend gave Henry a taste for Arctic adventures. He built his own boat, the 46-ton yacht Kara, and in 1882 mounted an expedition to rescue the explorer Leigh Smith, who presented him with photographs of the expedition in gratitude, and these are now on display, together with his library of navigational books. The most unusual object in the display of harpoons on the wall of this room is a ancient boomerang.

The cantilevered staircase in the Hall is made of polished limestone, and the iron balusters are adorned with golden eagles. Visitors will note the magnificent paintings on the walls on either side of the staircase. For more information click Russian Art at Lissadell.

The 1901 Census shows that the servants in the House on 31 March 1901 were one butler, two footmen, a cook-housekeeper, a lady’s maid, a serving mistress, four housemaids, a kitchen maid, a scullery maid and a stable hand. Six of the servants were of the Church of Ireland faith, and seven were Catholic. All could read and write, and all could speak English. They served a family of two adults (Sir Josslyn Gore-Booth, aged 32, and his mother, Georgina Mary, aged 56).

The 1911 Census shows that the servants in the House on 2nd April of that year included a Butler, a lady’s maid, a  cook-housekeeper, a child nurse, a child maid, three house-maids, one kitchen-maid, one scullery-maid, a hall maid and two footmen. Four of the servants were of the Catholic faith, the remainder were Church of Ireland, with one Presbyterian.  All could read and write, and all could speak English.   The house staff served a family of two adults (Sir Josslyn Gore-Booth, 42 and his wife Mary, 26) and two very young children (2 years of age, and 10 months). Butler Kilgallon, who lived in the house was then 58, and continued to work for the Gore-Booth family for another 2 years. He began his working life aged 10 in 1864, as a servant to Henry Gore-Booth. He had 4 children, two of whom had died by 1911. He was painted by Casimir Markievicz, and included in the Dining Room pilaster sketches.  His photograph hangs beside the Contemporary Literature Room in the Basement.  He stands beside a young Angus Gore-Booth. 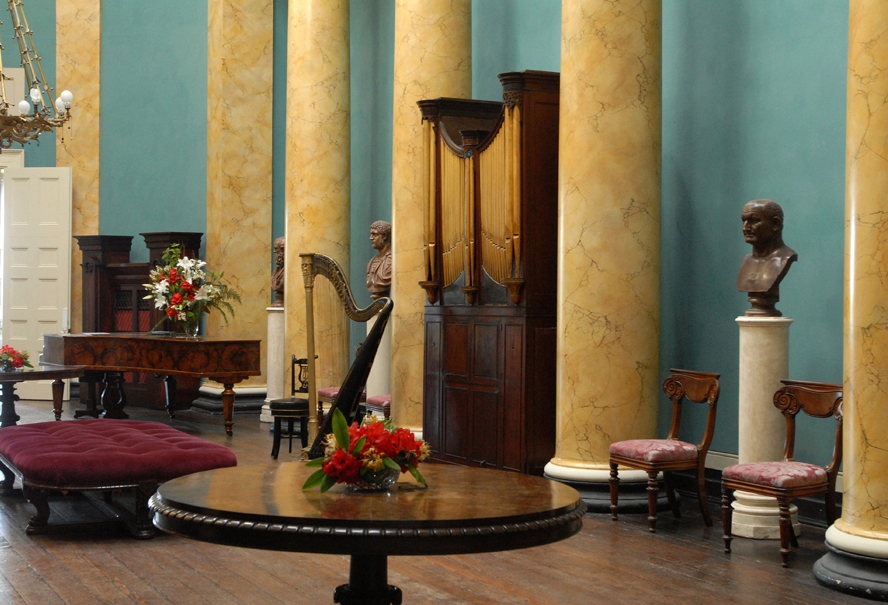 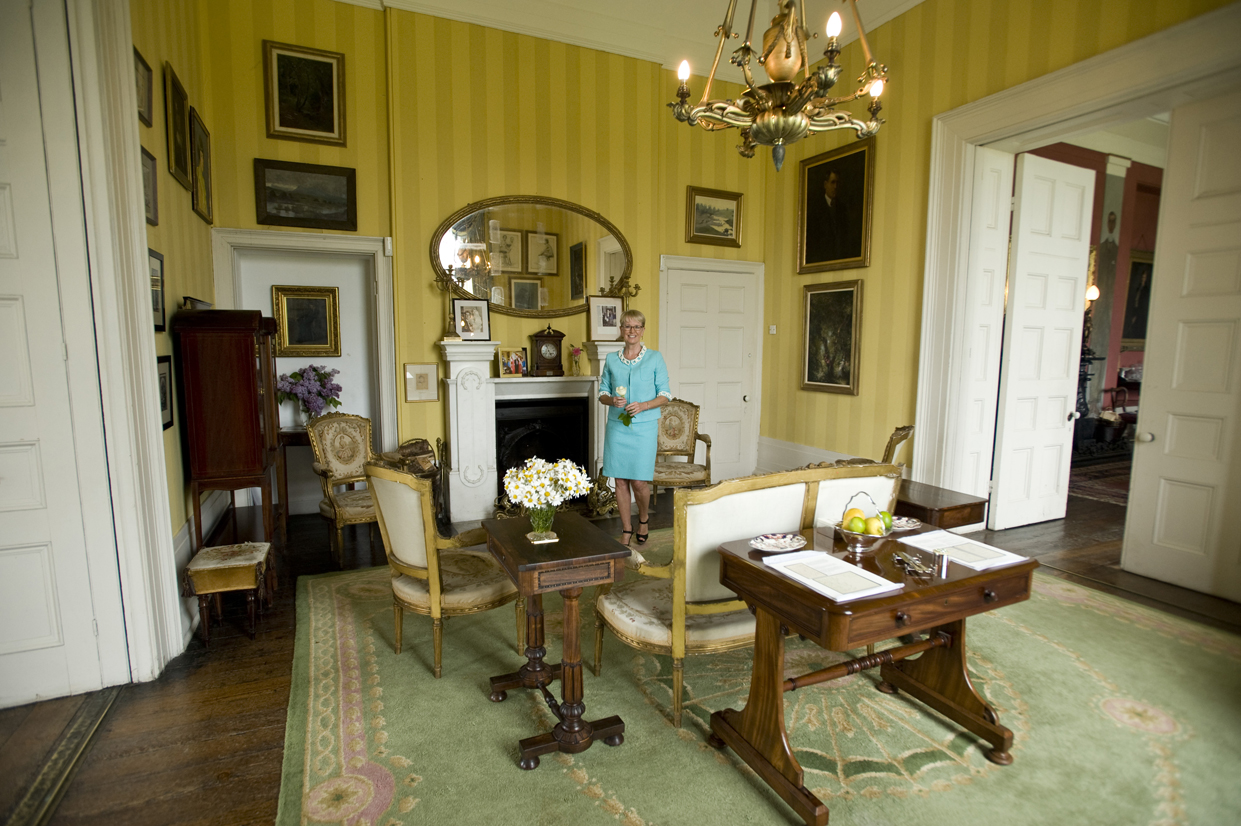 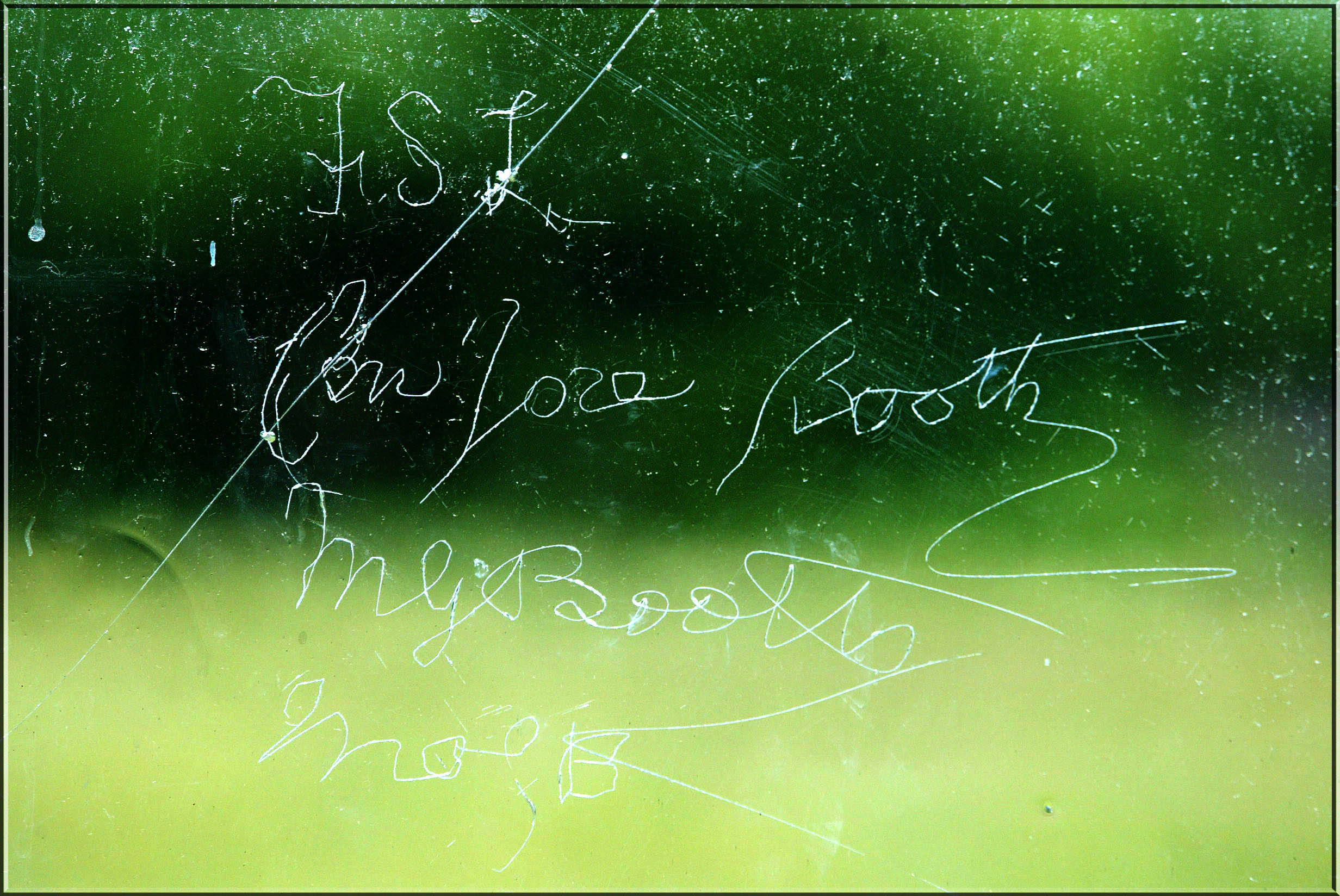 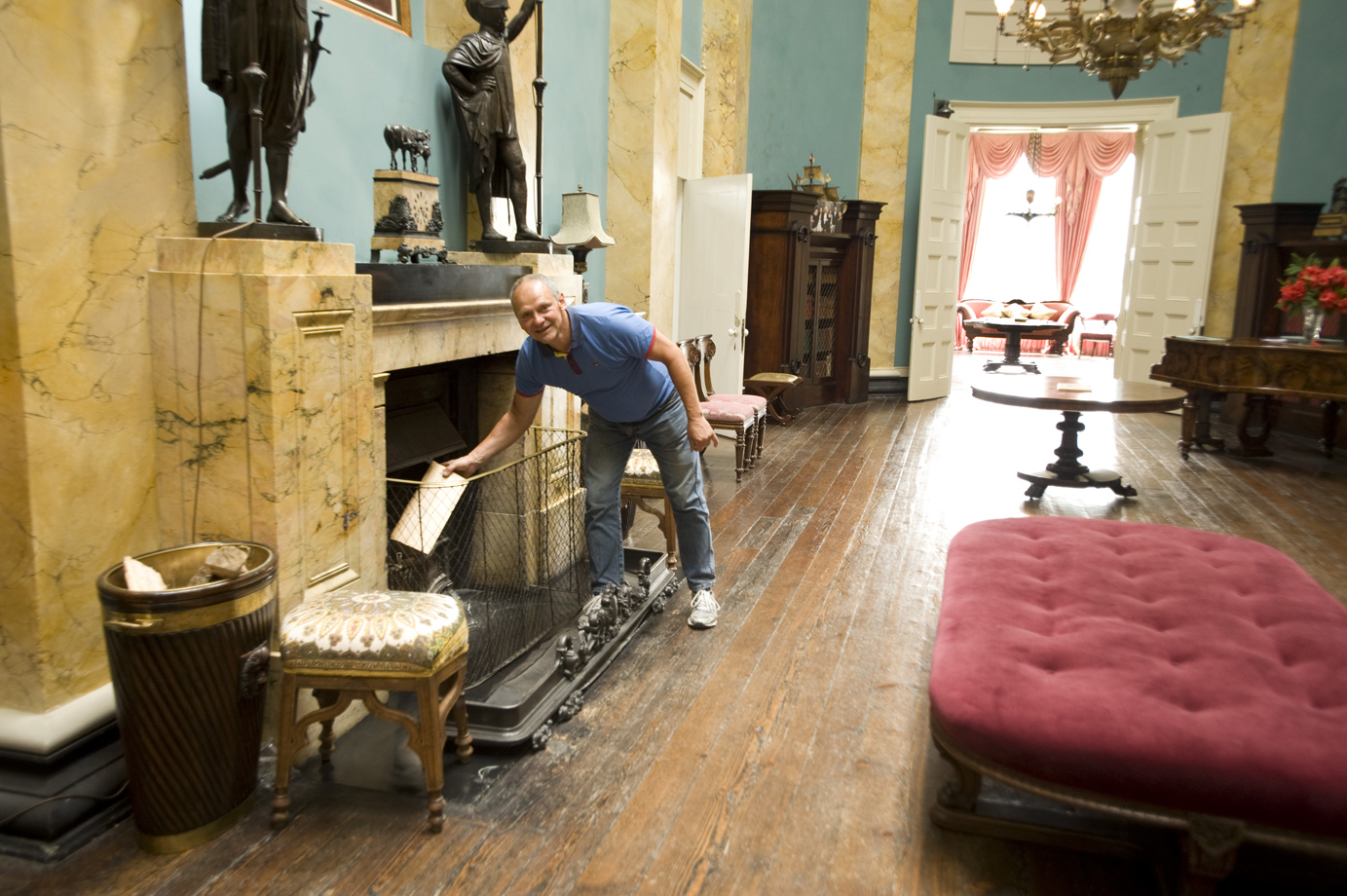 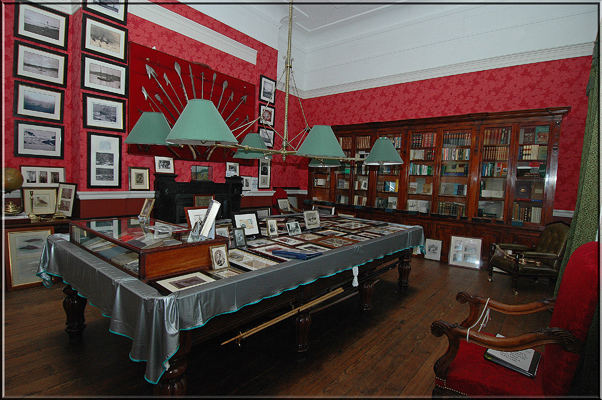 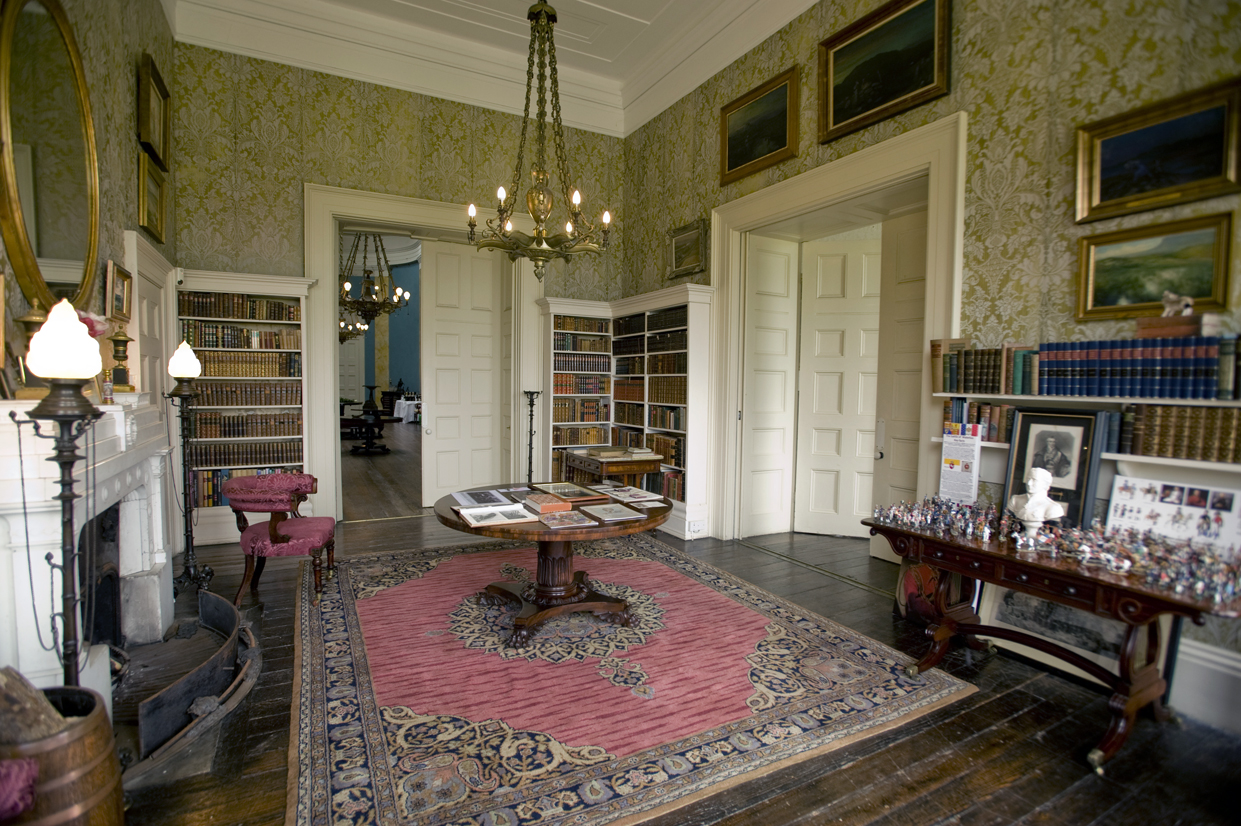 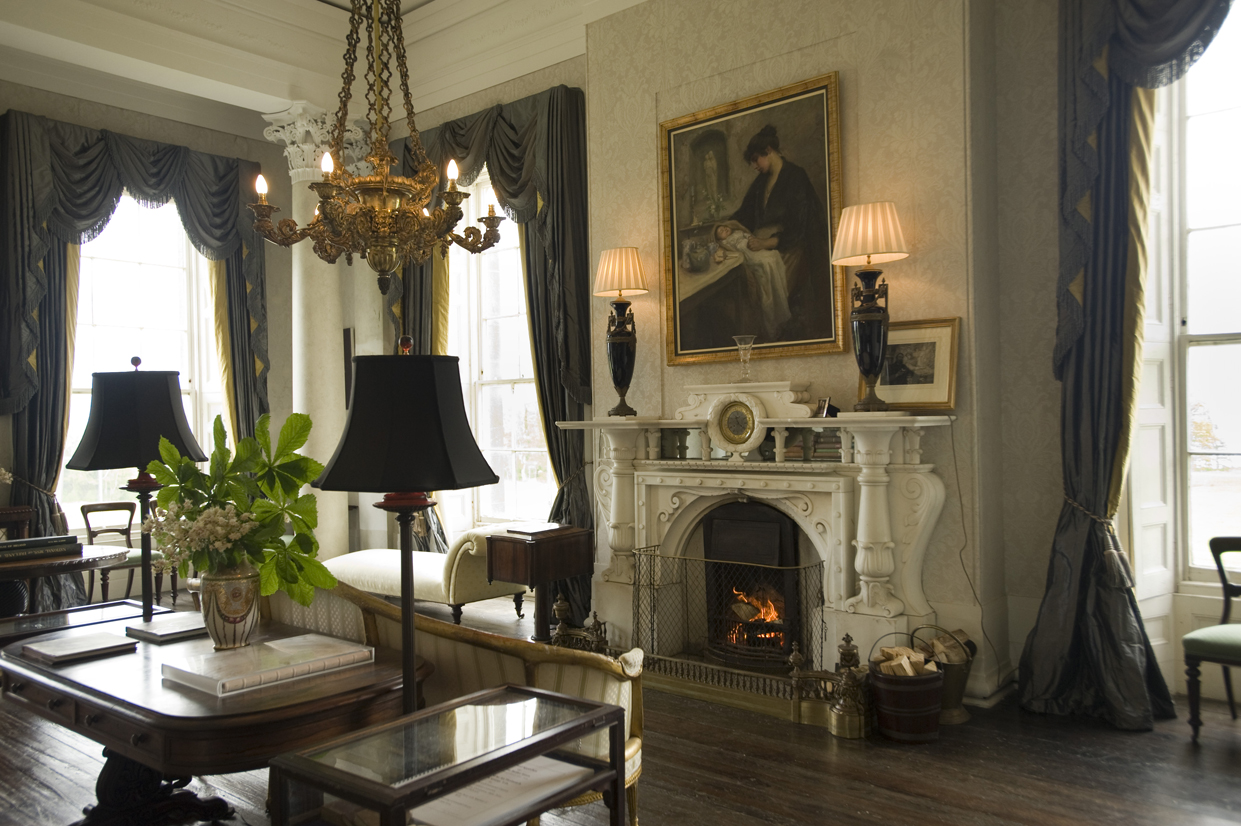 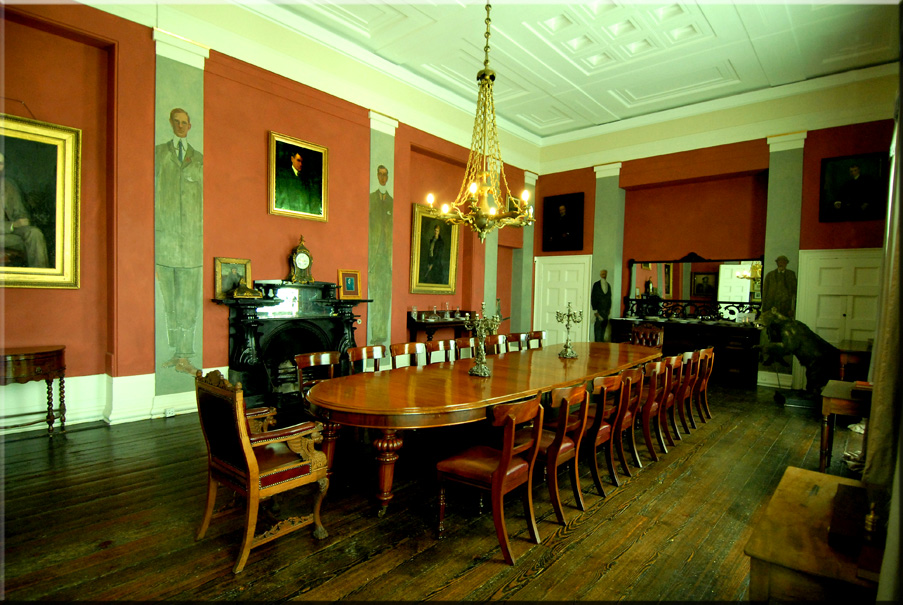 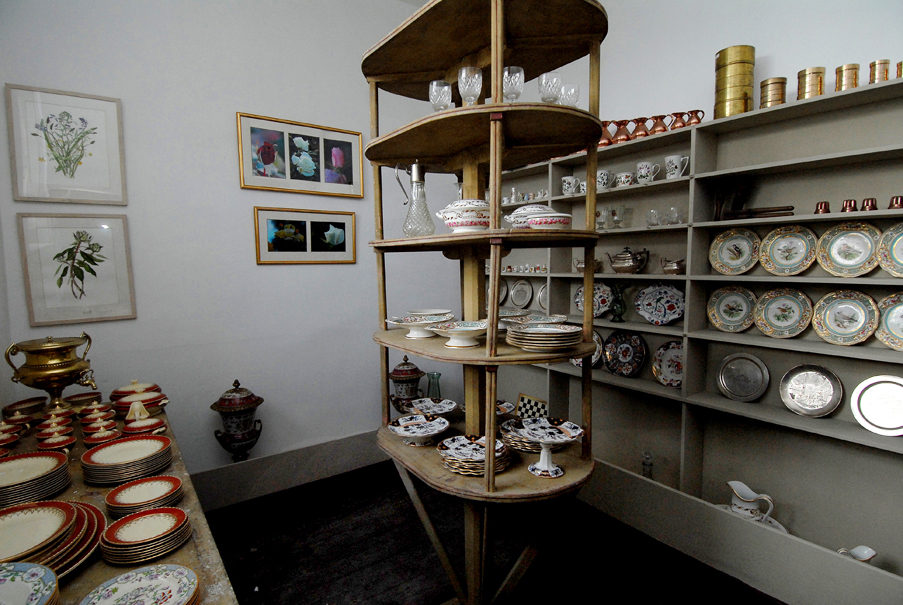 for more information on EXHIBITIONS at Lissadell