The Garden House at Lissadell

The three-bedroom, beautifully restored Garden House at Lissadell is adjacent to the walled Victorian Kitchen Garden created for the Gore Booth family as a vegetable, herb and fruit garden in the 1840s.

When Eddie Walsh and Constance Cassidy acquired the Lissadell Estate, it was Eddie who discovered this sleeping gem under acres of undergrowth: the Garden House slumbered, like the secret garden which surrounds the house, for at least five decades, until released from enchantment.

The Garden House is one of the oldest houses on the Estate and was the home and headquarters of the Head Gardener, who superintended a huge amount of work and employees needed to service an estate of 32,000 acres and a home farm in excess of 4,000 acres, and the requirements of the Gore- Booth family who lived in Lissadell House.

We have decorated this house in the Edwardian style; and have also paid homage to the later Bloomsbury Group era, as many of the Bloomsbury set were friends contemporaries of Countess Markievicz, formerly Constance Gore-Booth of Lissadell.

The decorations include light fittings by Tiffany: Louis Comfort Tiffany founded the Tiffany Glass and Decorating Company in 1885.  Tiffany drew inspiration from ancient roman glass when creating coloured glass designs without the use of paint or enamel.  Many of the most popular Tiffany lamp designs resemble trees, with the detailed bronze bases, stands and shades representing the roots, trunks and canopy.  Many of the shades also feature a regularly shaped or scalloped edging to further resemble objects such as flower petals, insect wings and other natural forms.

We also pay homage to the particular situation of the Garden House adjacent to the Victorian Kitchen Garden created by Sir Robert Gore-Booth in the 1840s and also to the newly created garden, planted by Eddie, in the old succession beds, which also functioned as the base of the ancient glass houses.

The magnificent master bedroom has views over the old succession houses, and the new garden created within those beds, which adjoin the Victorian walled garden.  The two other bedrooms enjoy views towards Drumcliff Bay.

The kitchen-cum-dining room is a lovely large airy space: in pride of place is the Lacanche premium-range stove, a must for all serious cooks.

The study and the living room have open fireplaces, which create the perfect relaxed atmosphere.  The house is in a beautiful setting and surrounded with separate lawn areas, a 3,000 sq.ft. sun terrace which is a veritable suntrap, and highlighted by the Donegal gravel quartz drives.

The wallpapers and blinds/curtain material that you will see are from designs by William Morris (1834 – 1896) who had a profound influence on interior decoration throughout the Victorian period.

The paintings in the Garden House are from the Lissadell Collection assembled by Edward Walsh, including paintings by John Wm Waterhouse, Seán McSweeney, T.P. Flanagan, Mark O’Neill and David Overend.

The entire of the house, both exterior and interior, is painted in colours from the Farrow and Ball Heritage range.

The magnificent Celtic knot stain glass windows were designed by Enda Clarke of Gecko Glass in Rathcormac, Co Sligo, and inspired by Leonard Cohen, the great singer -songwriter who graced Lissadell in 2010. 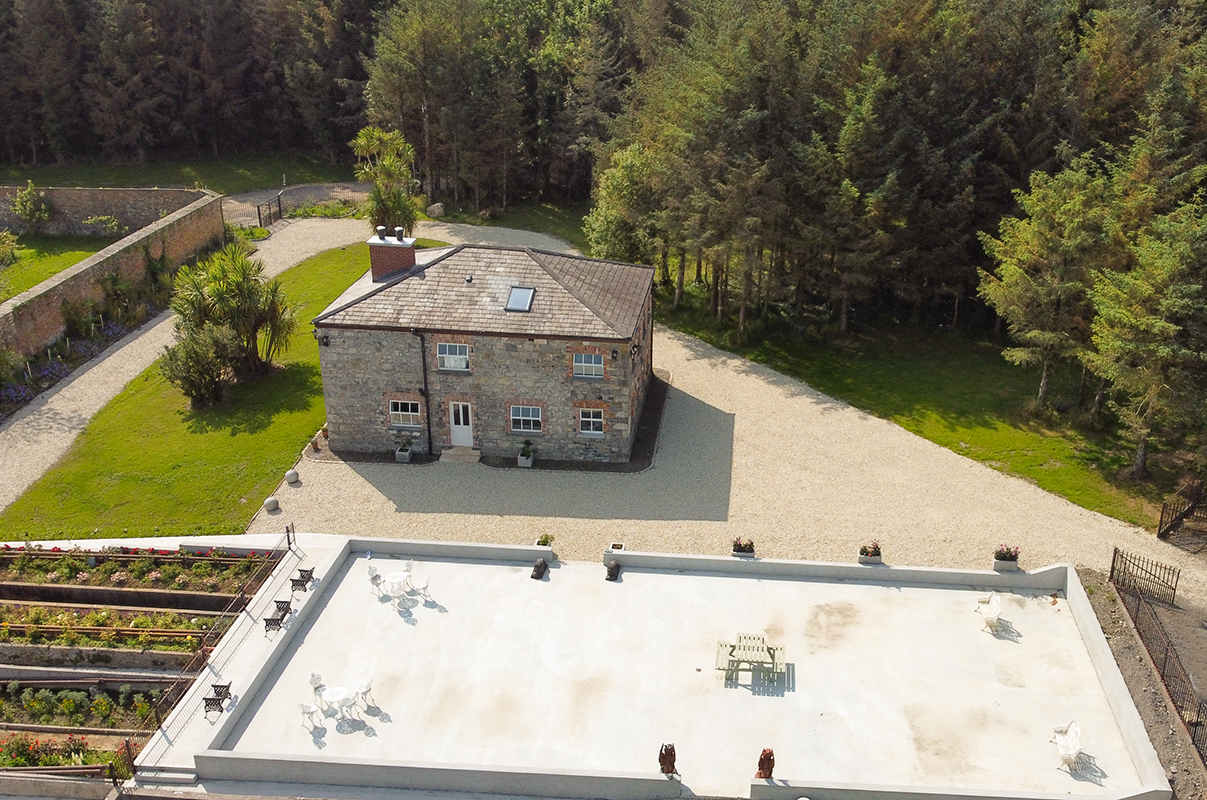 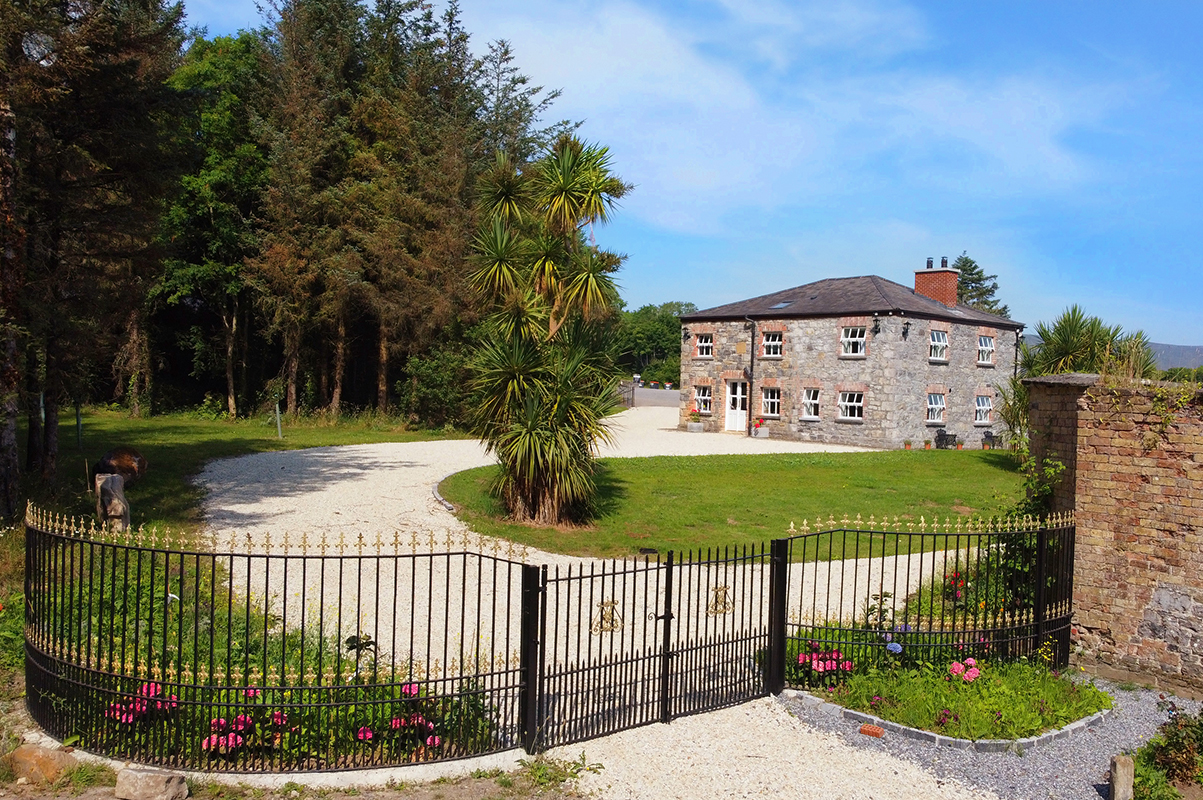 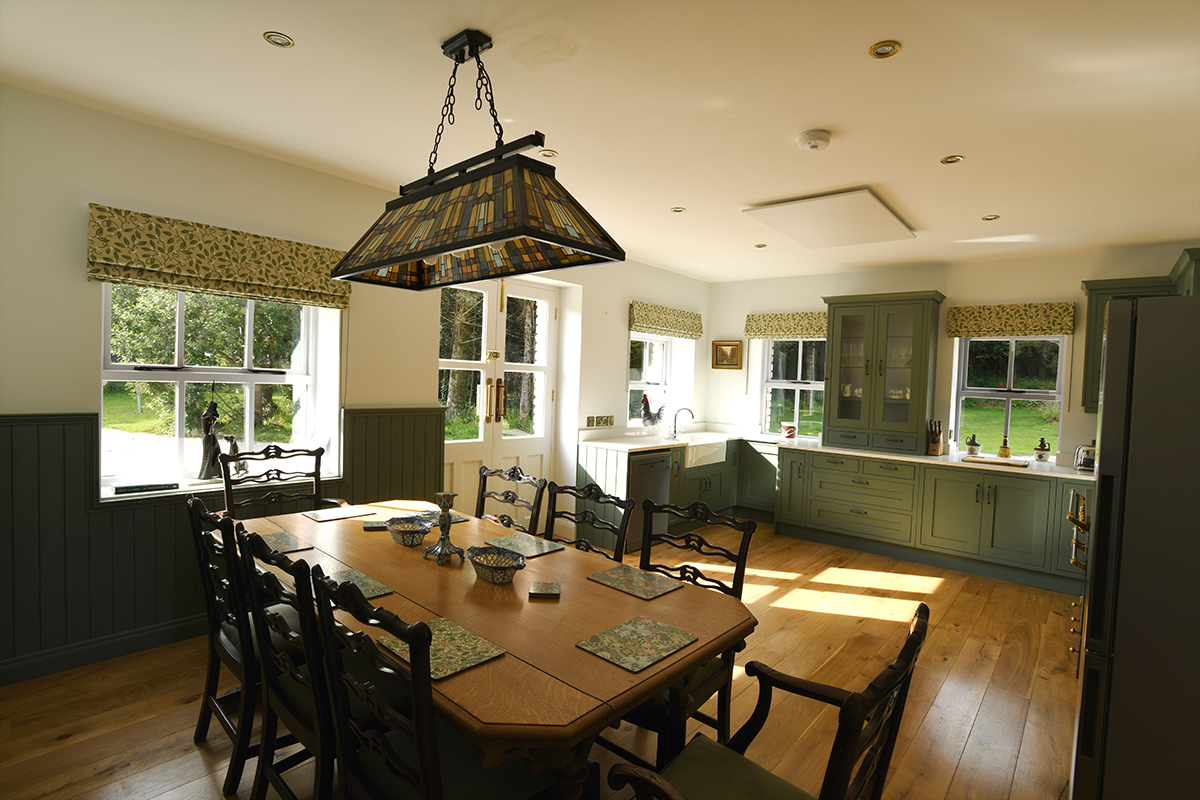 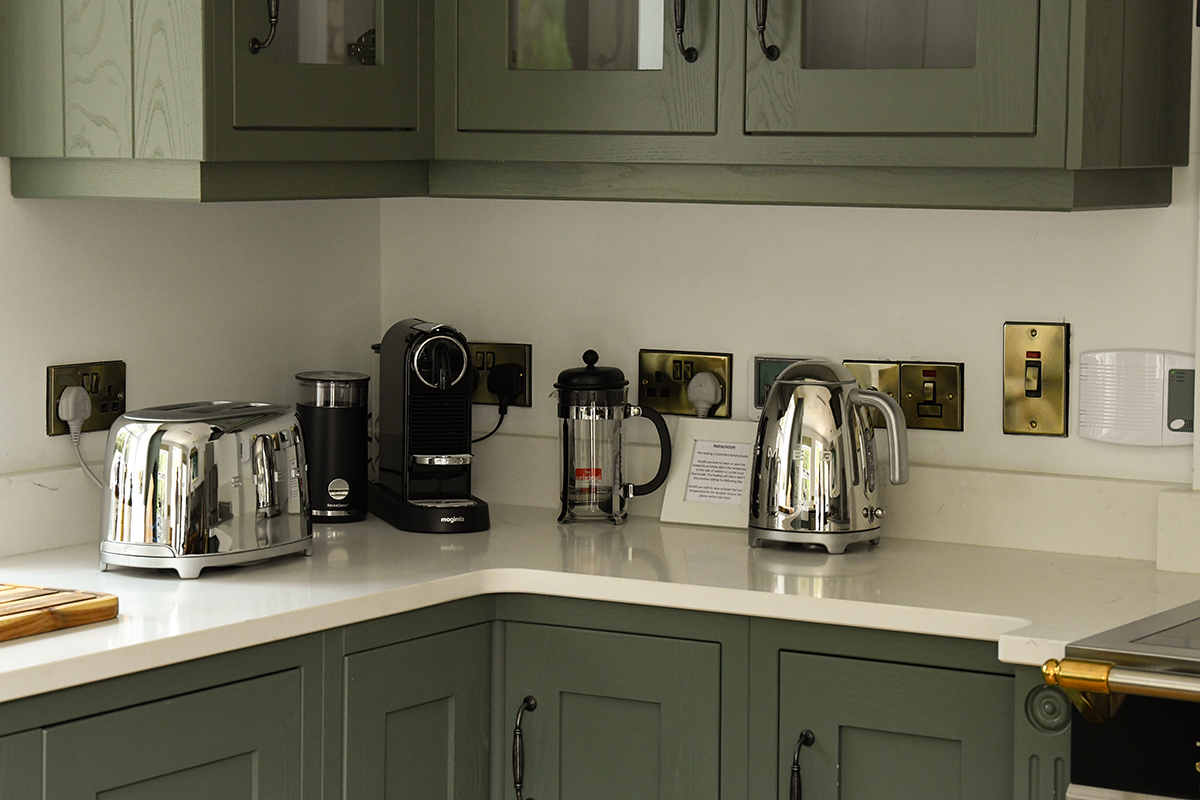 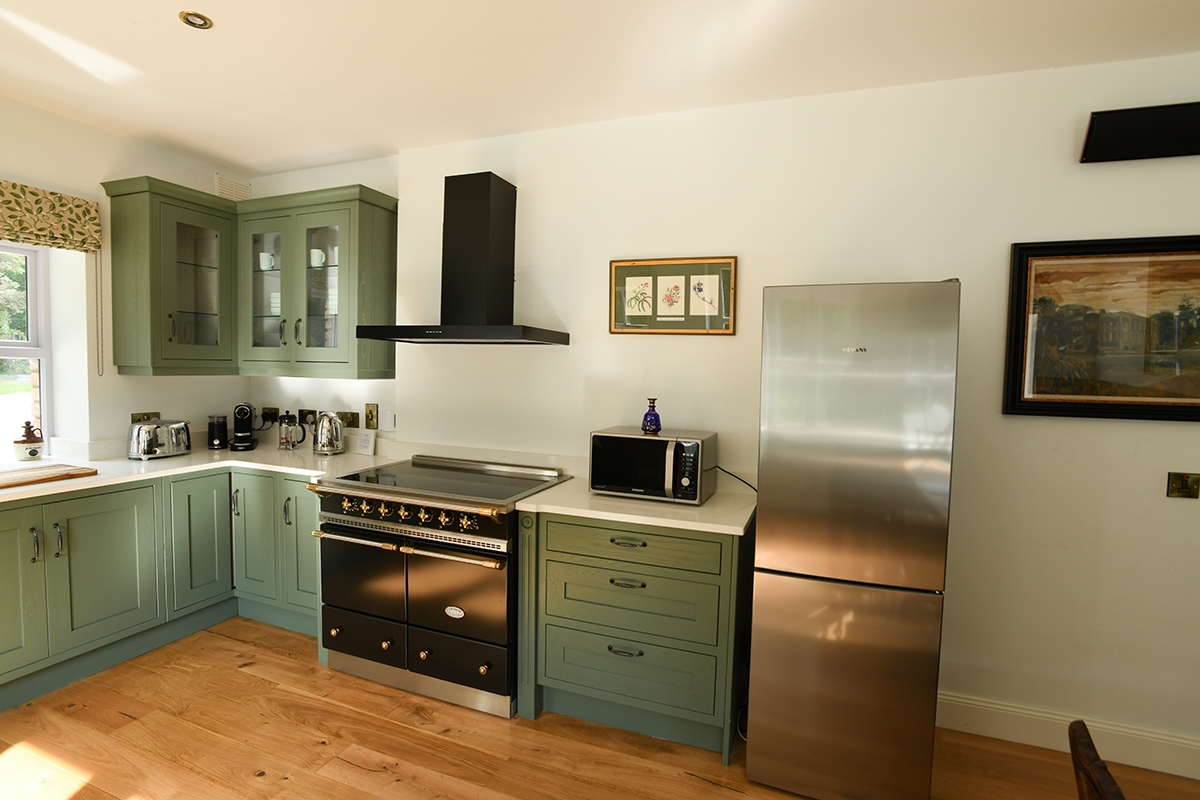 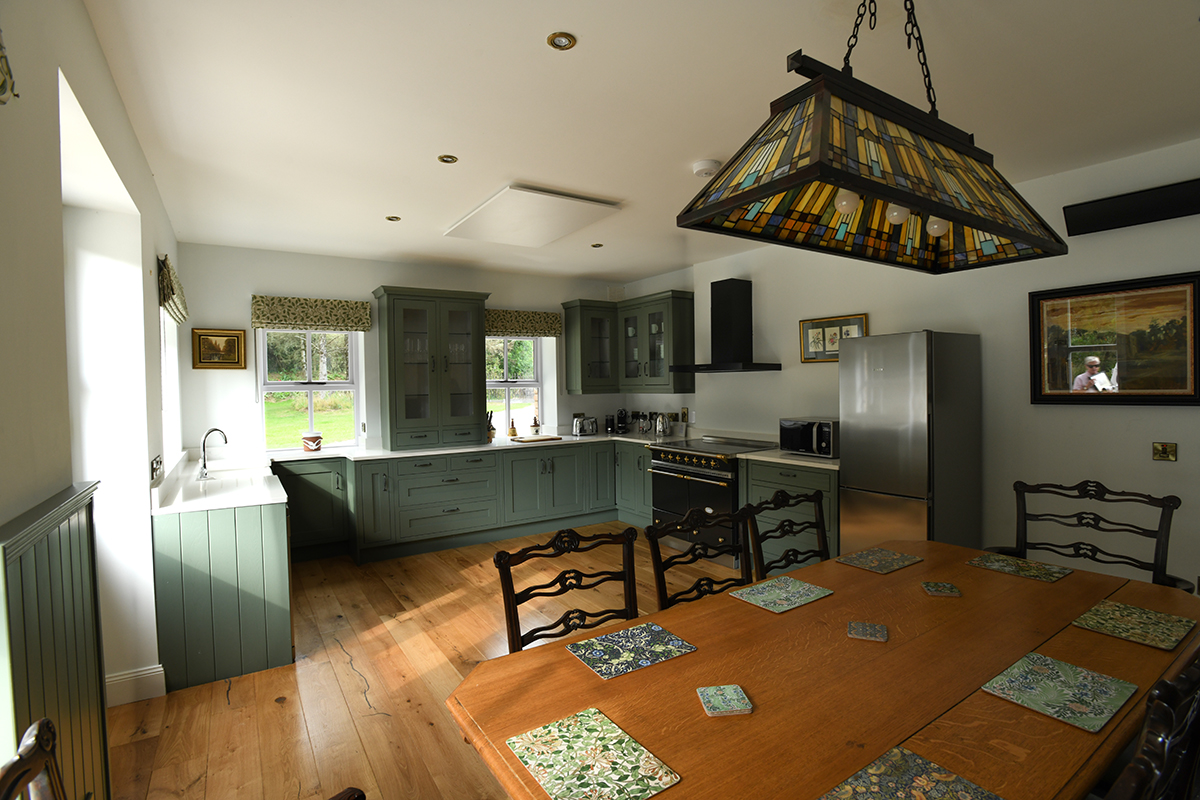 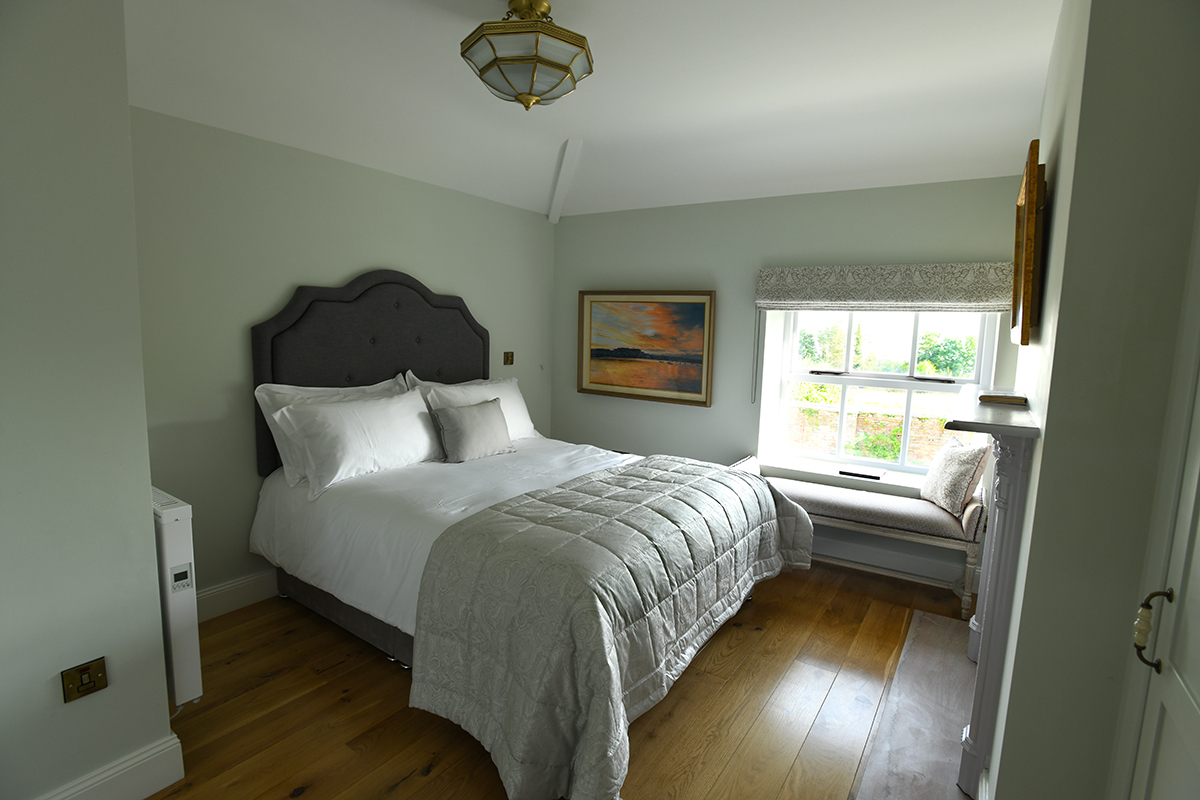 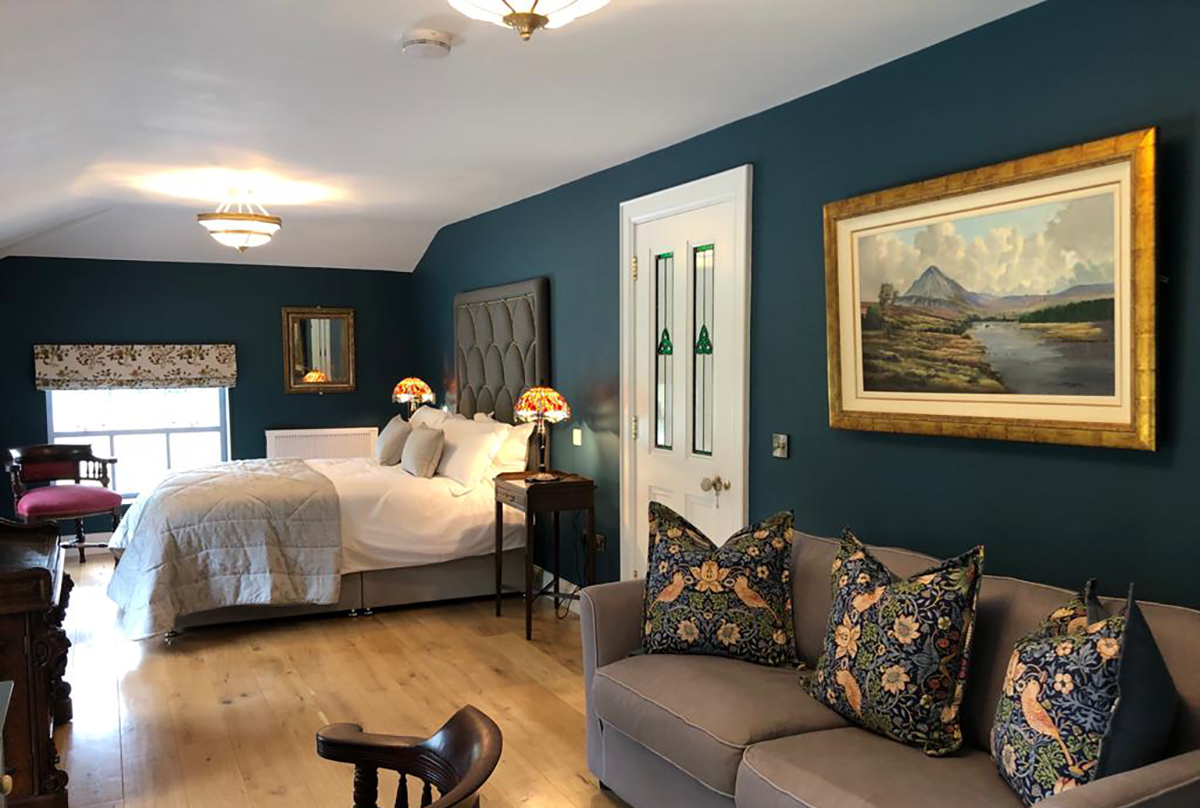 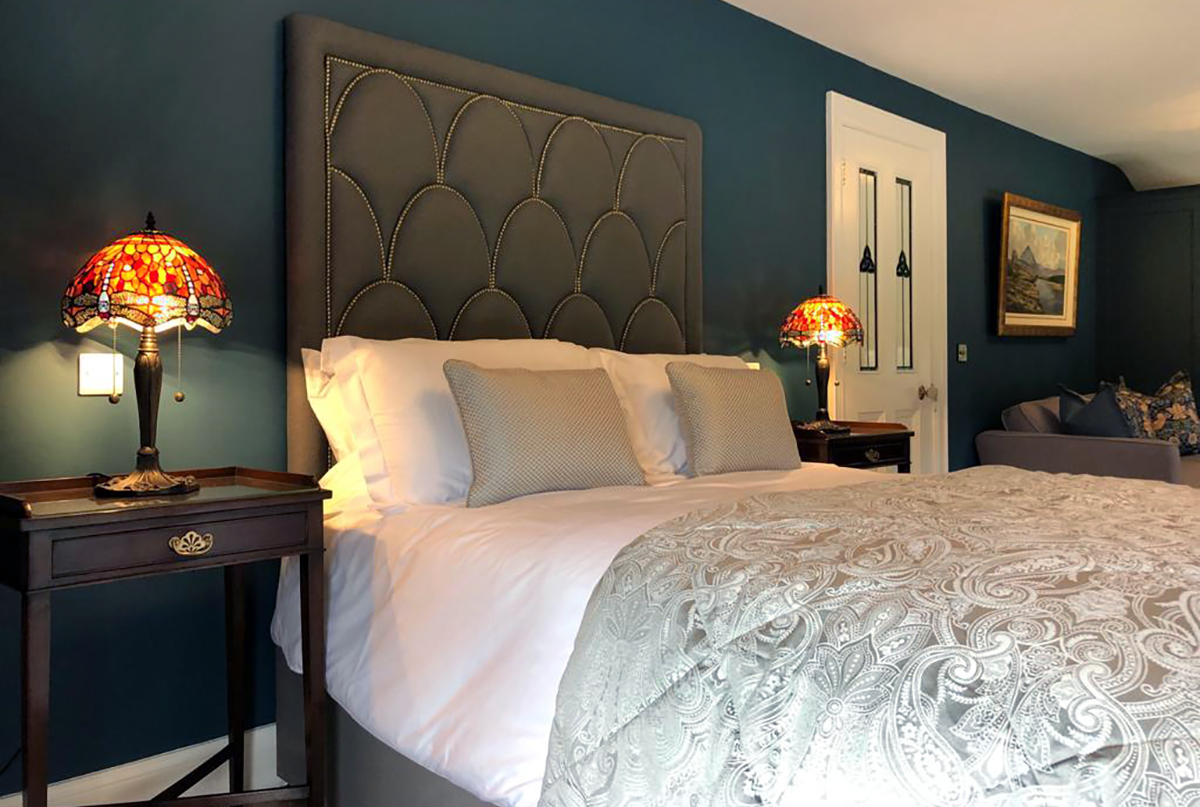 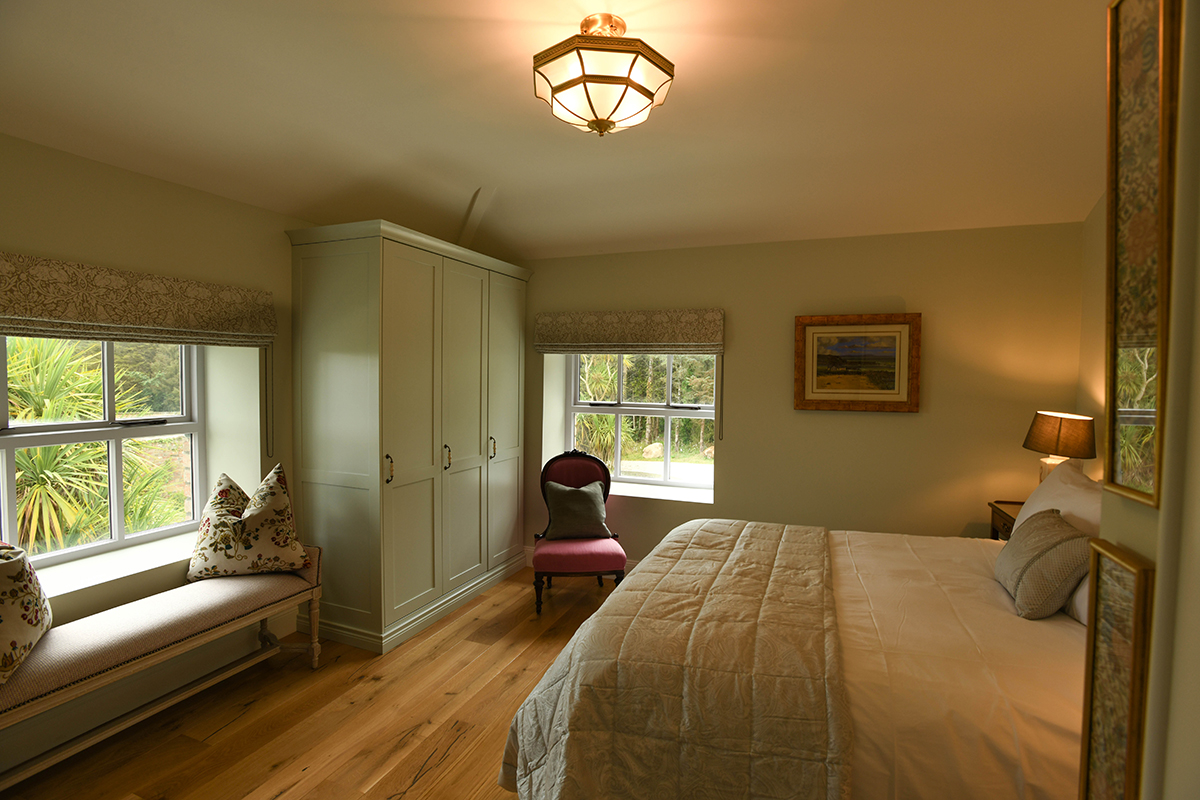 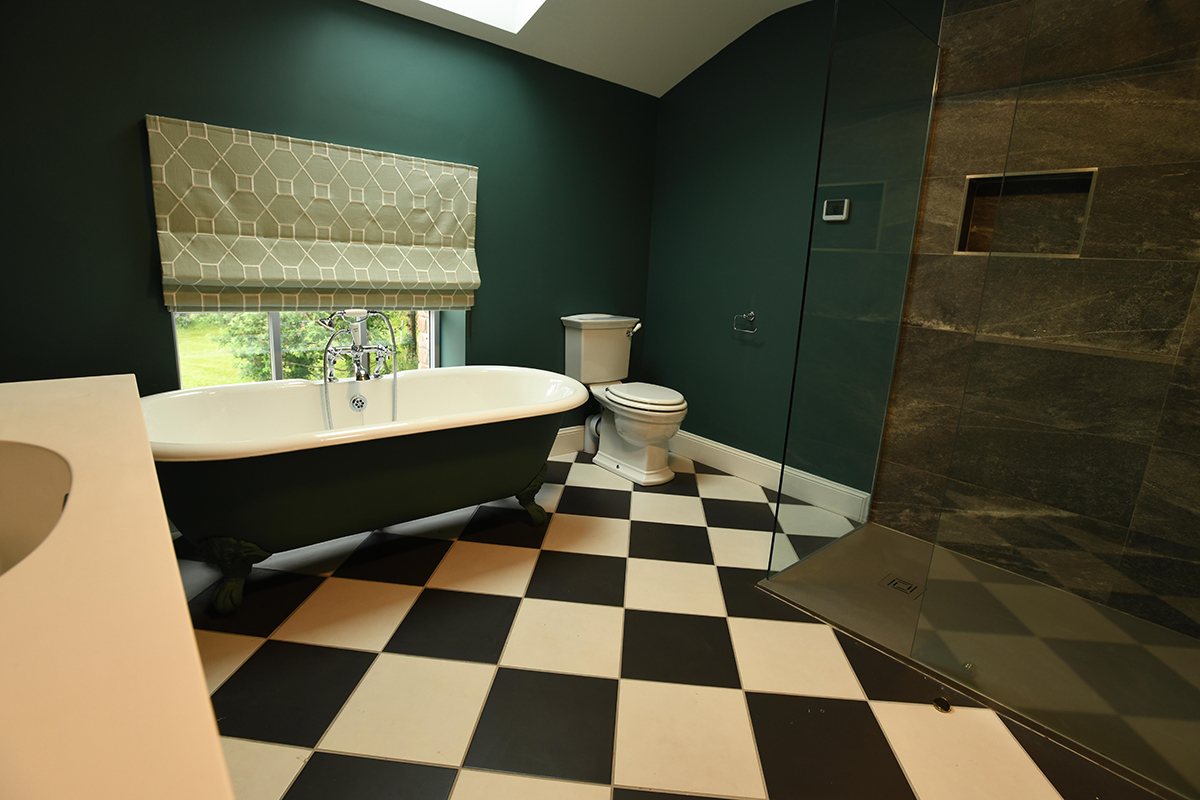 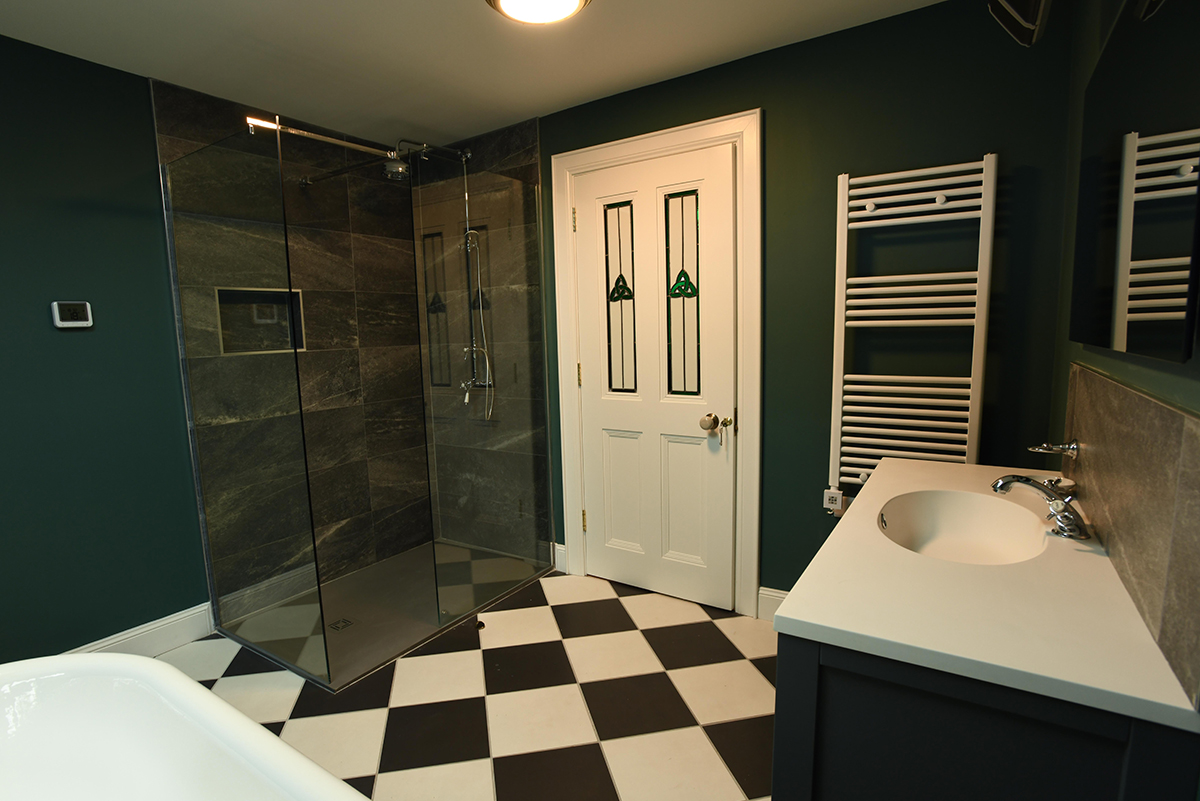 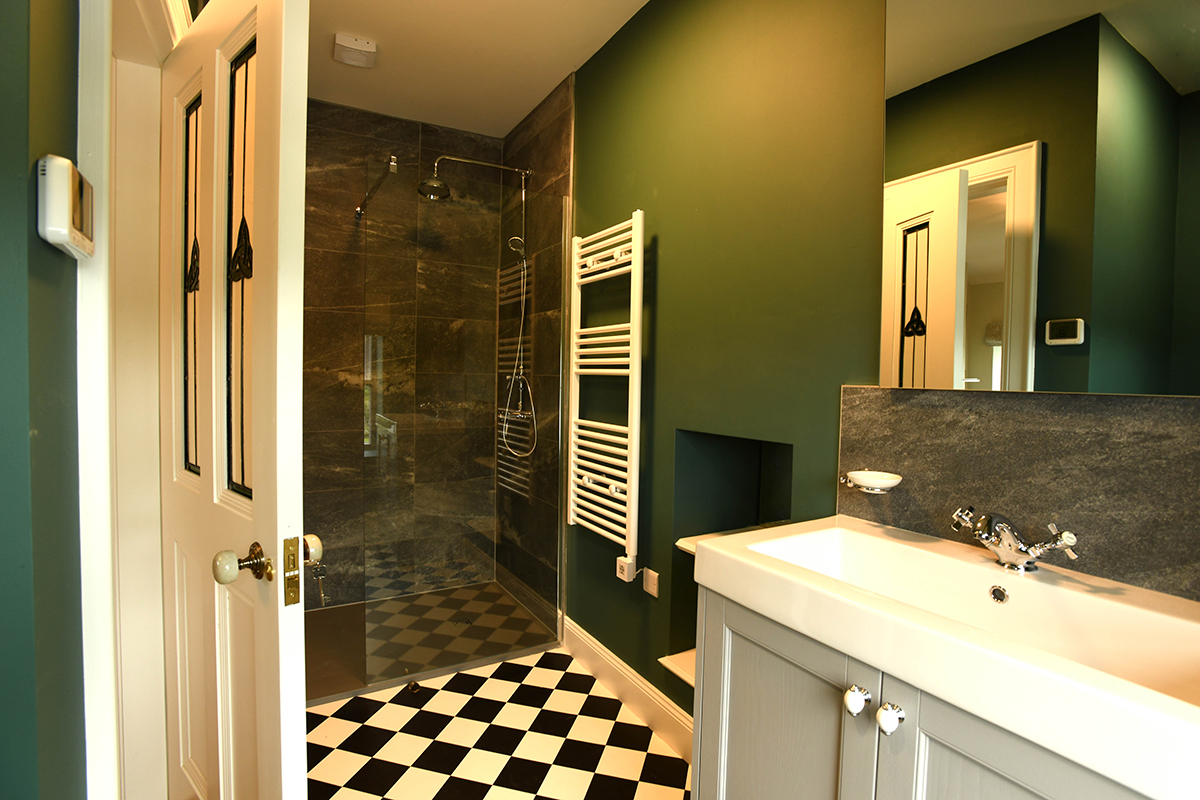 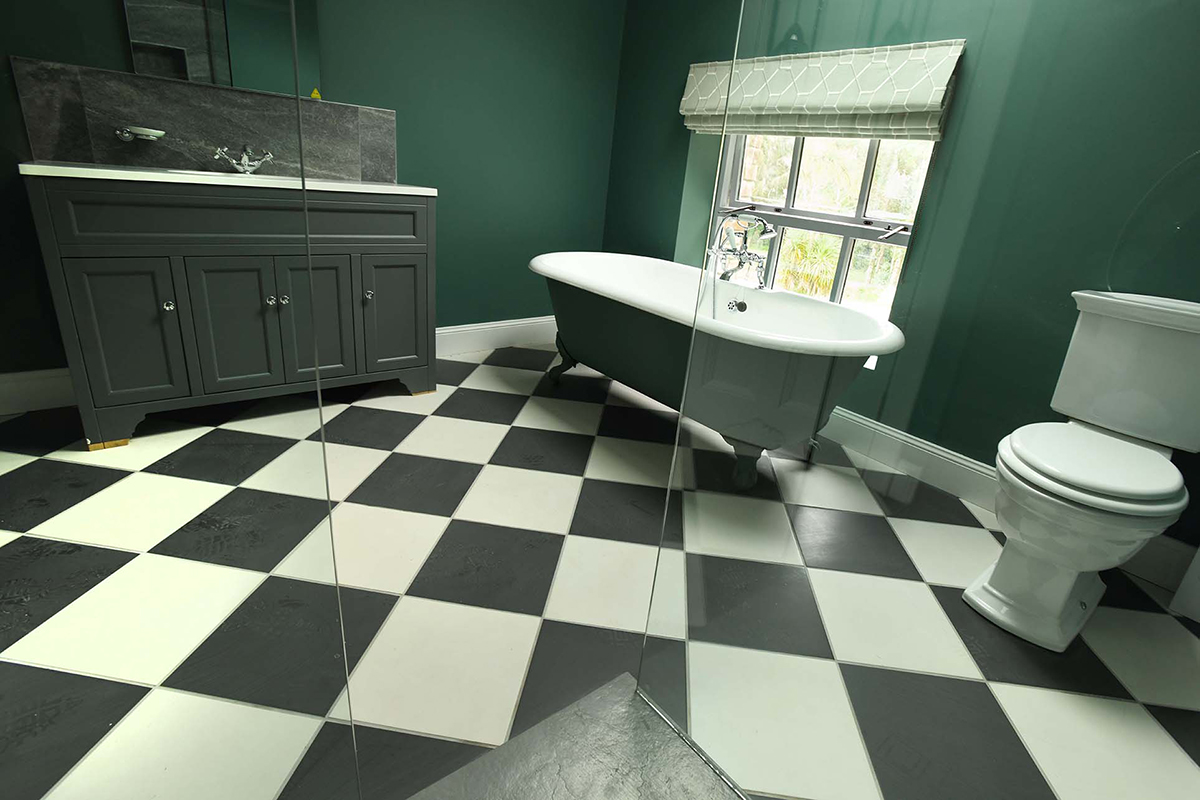 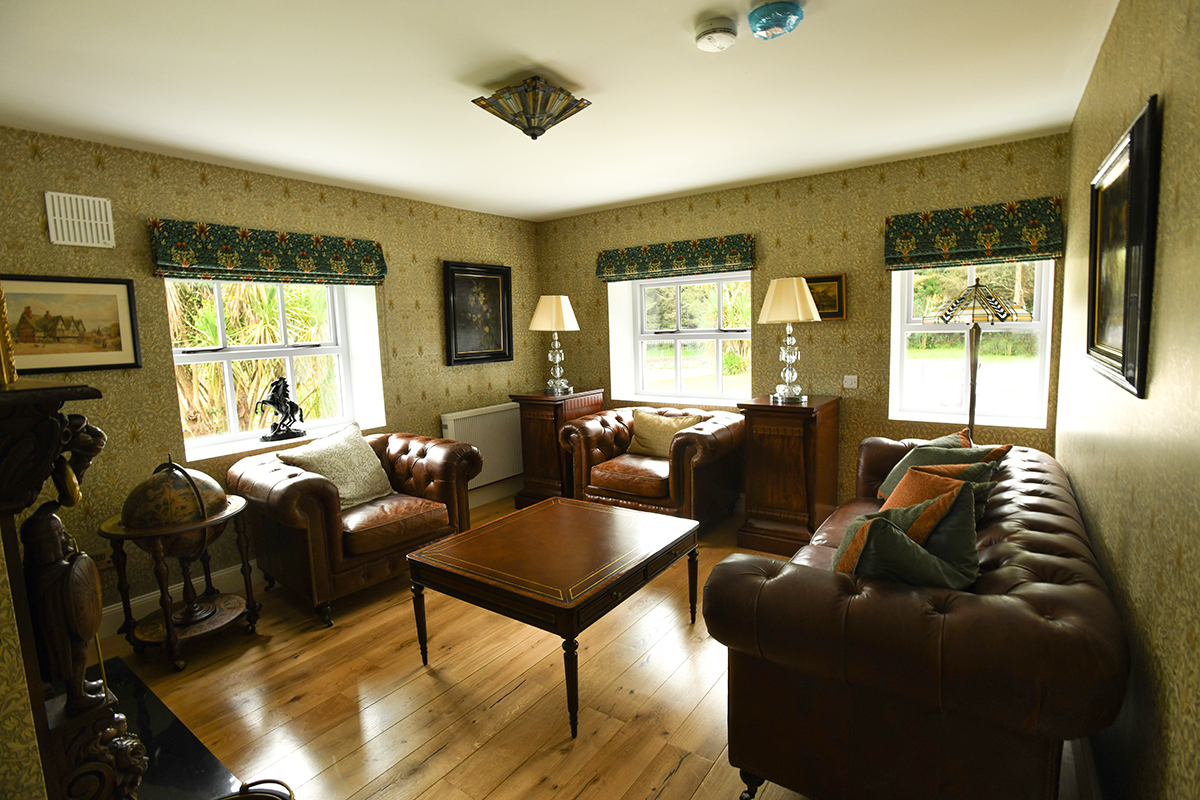 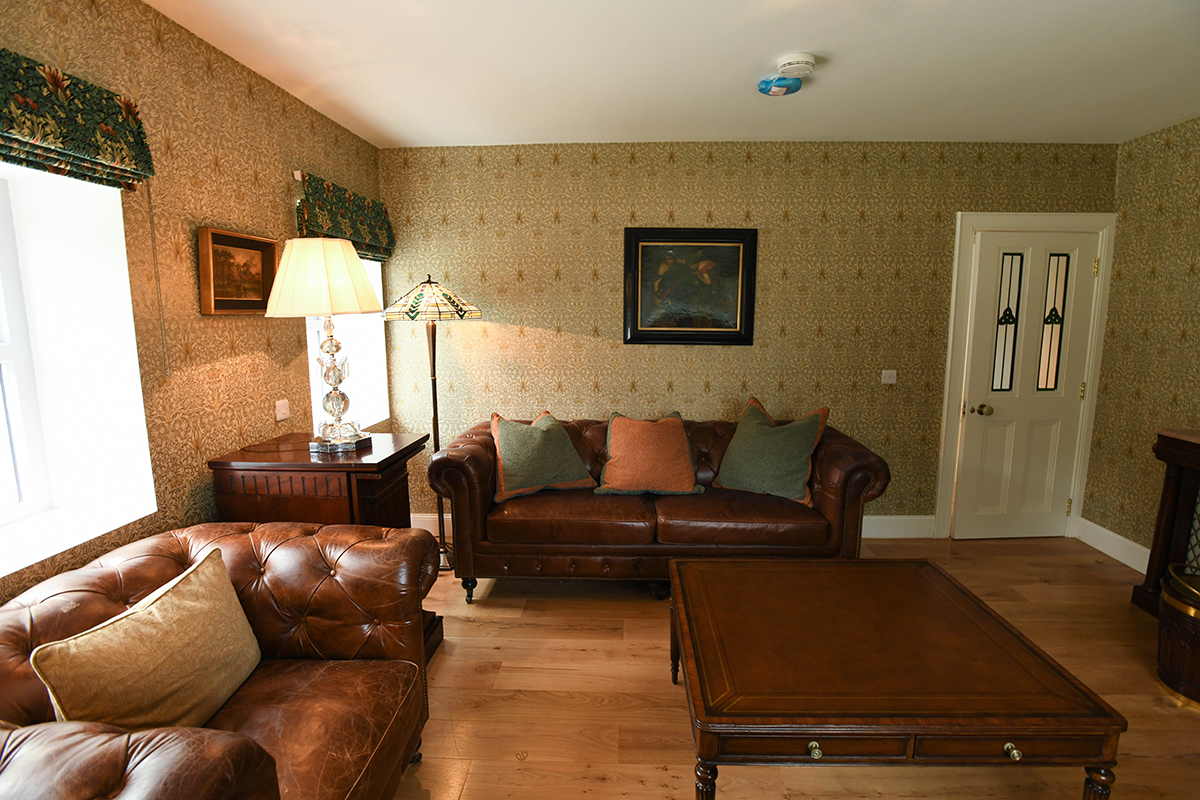 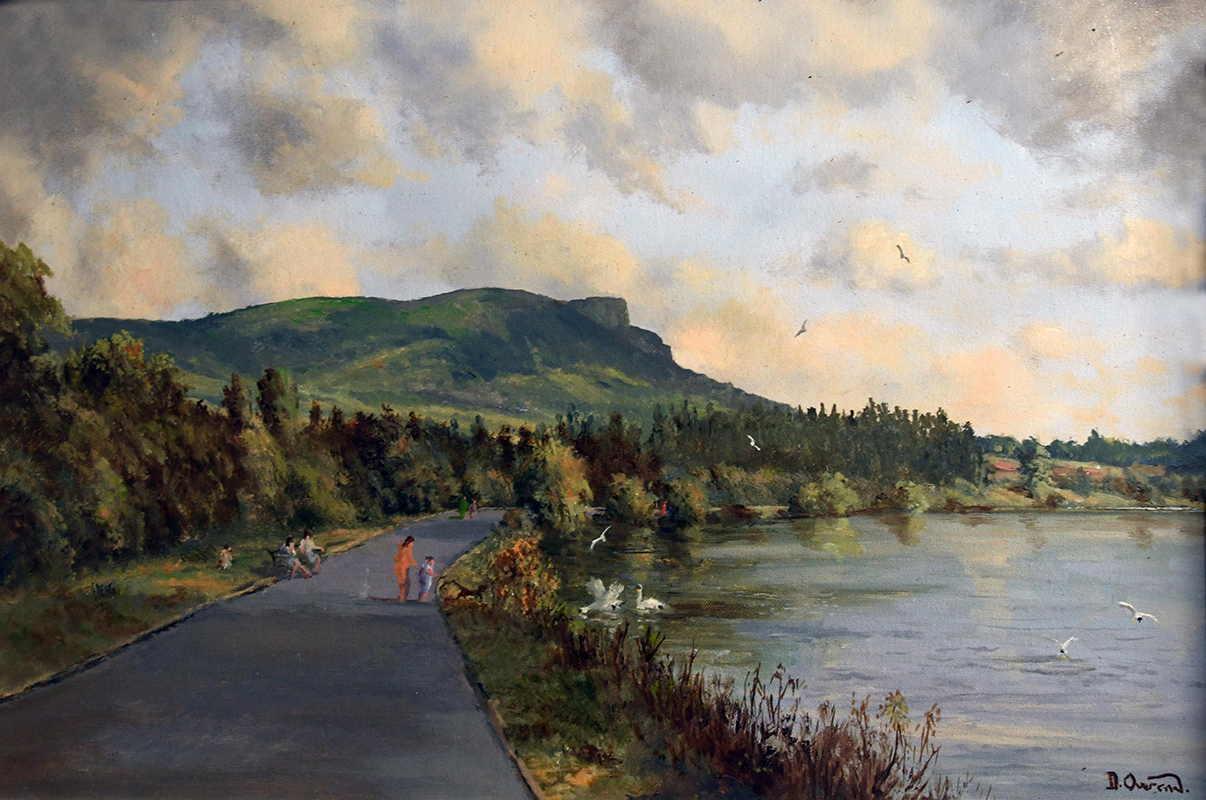 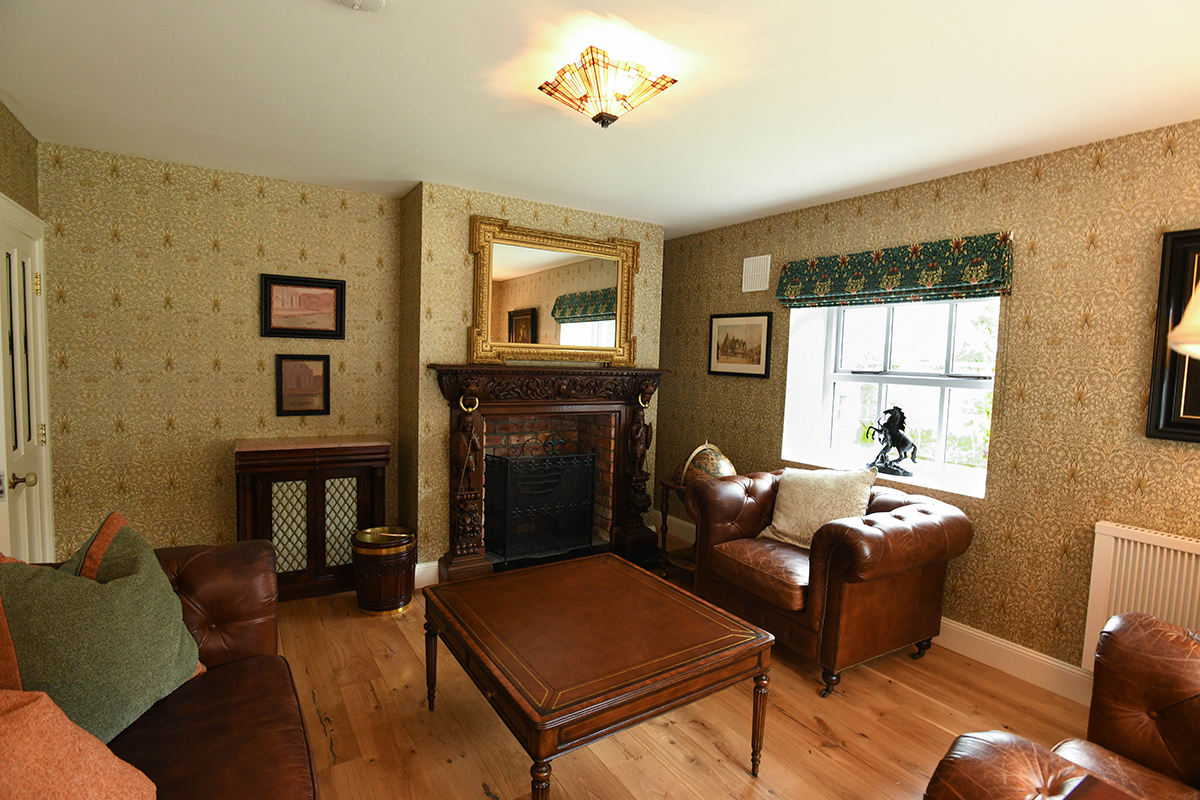 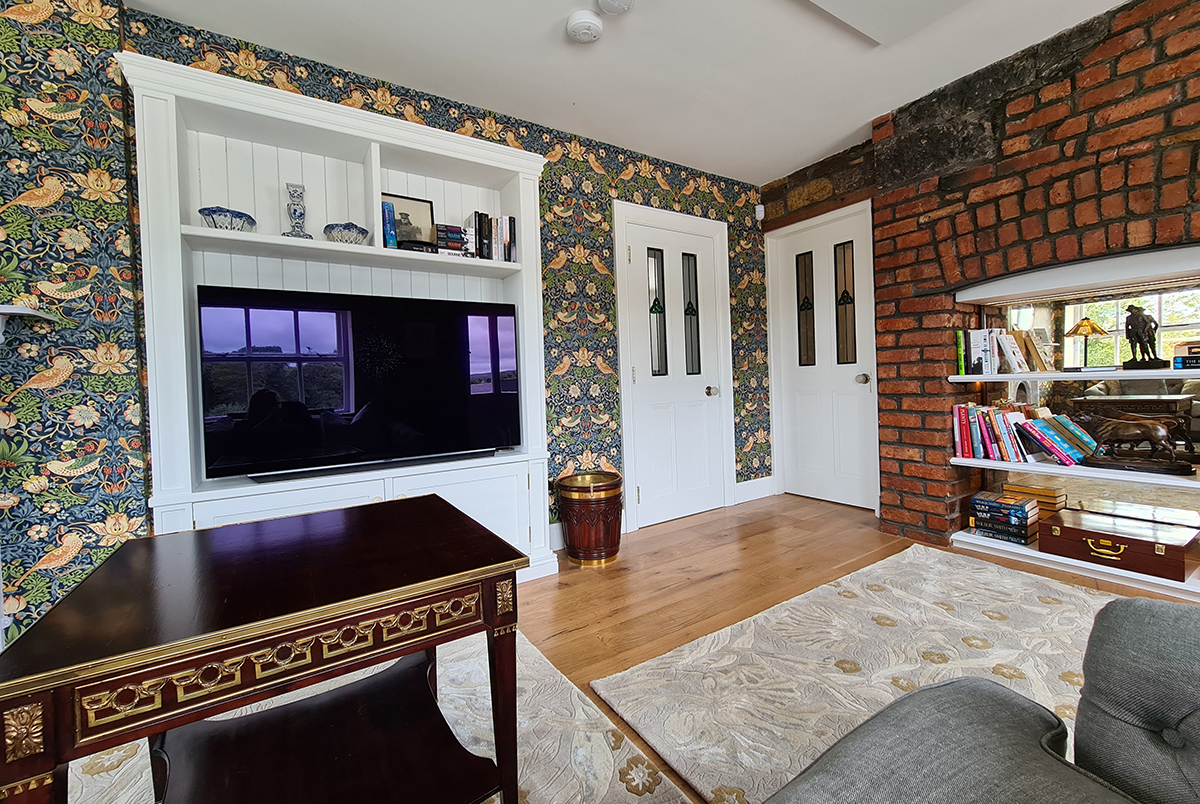 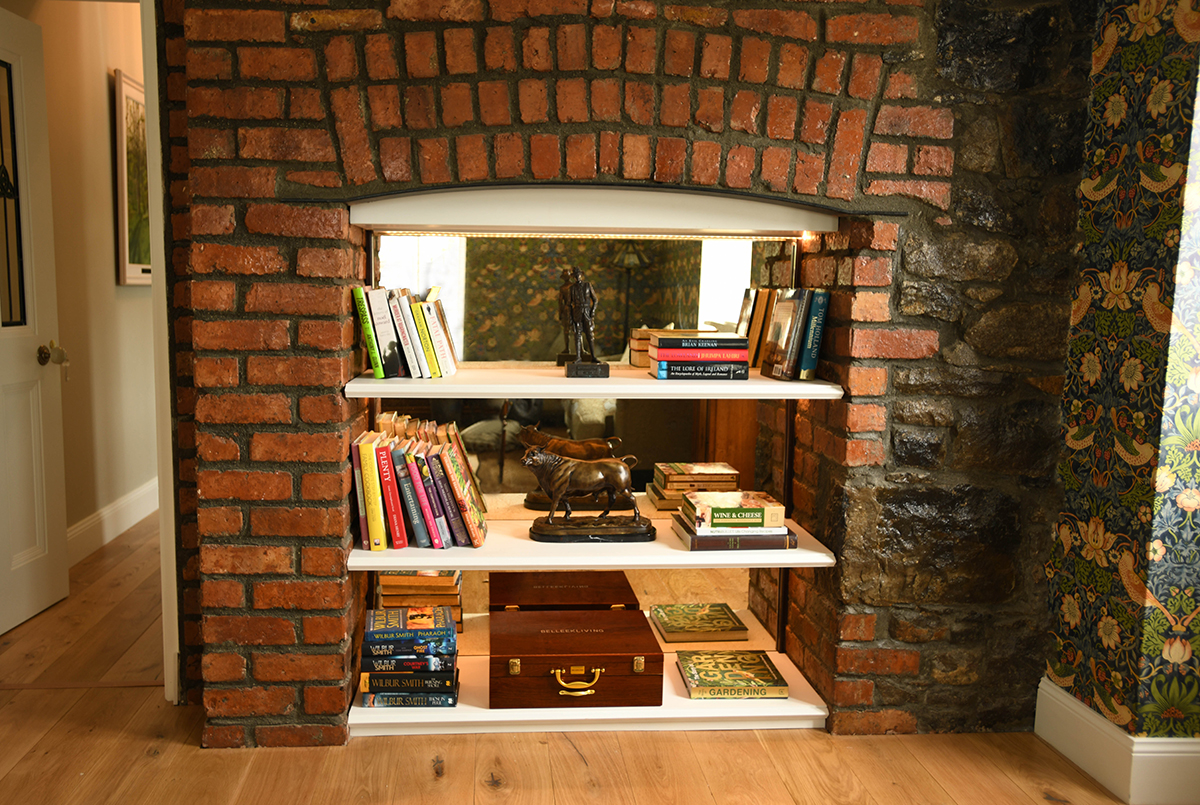 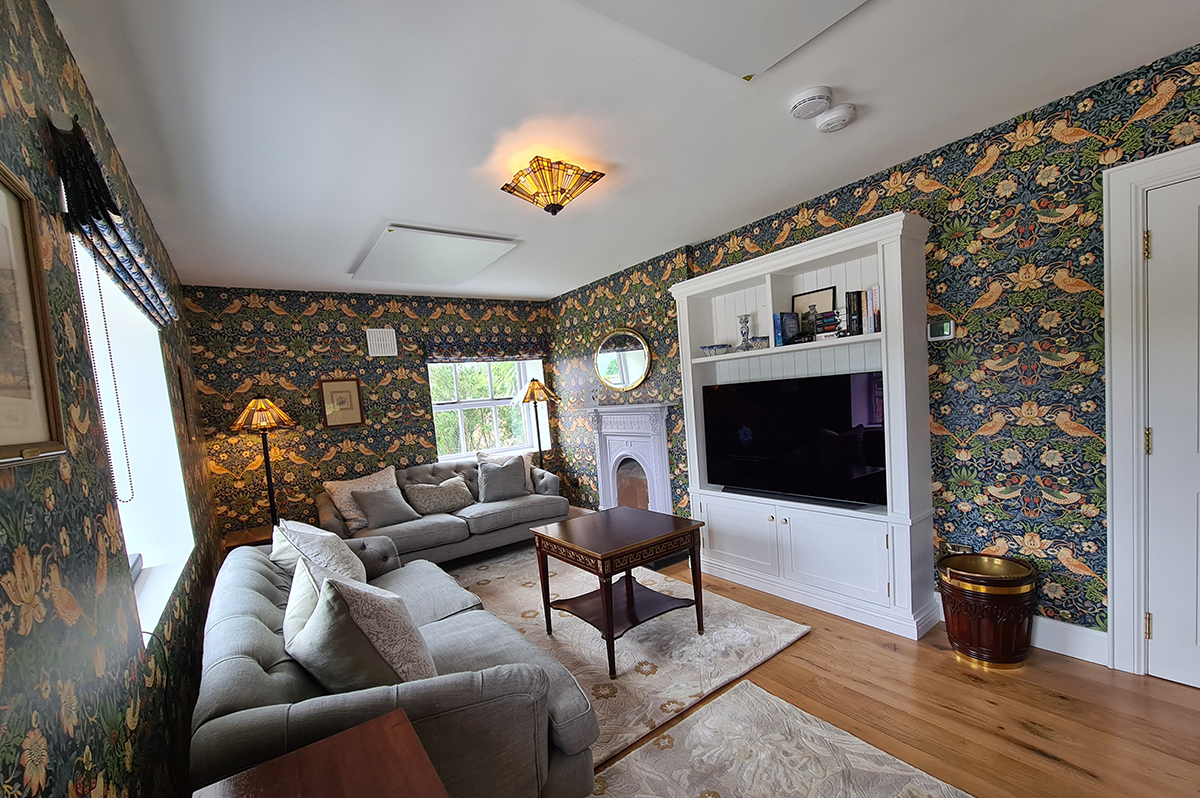 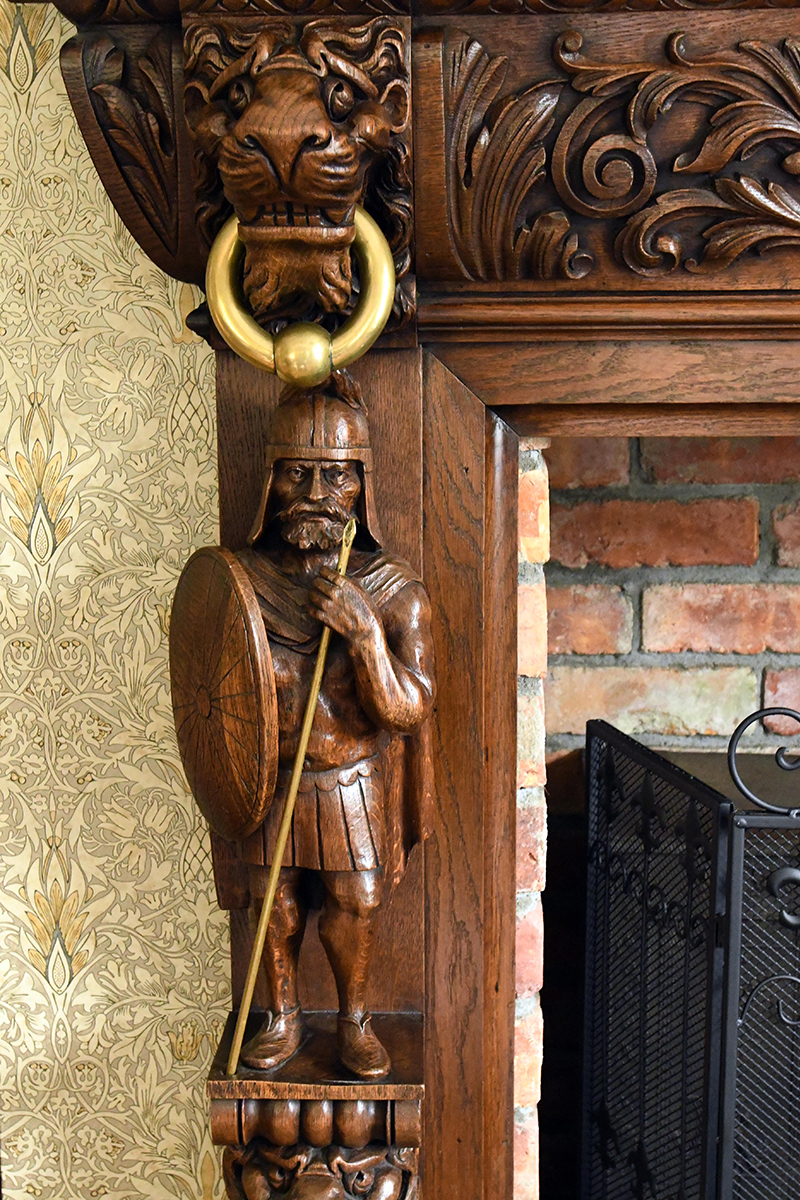 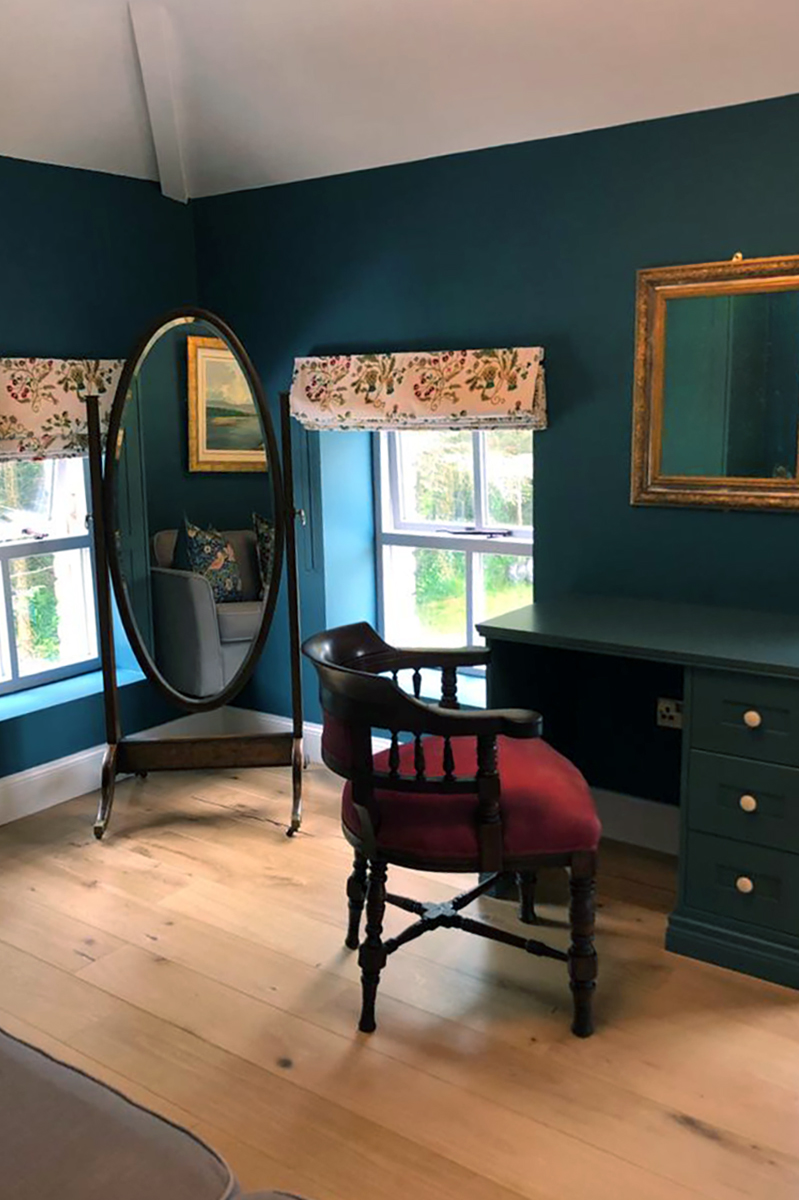 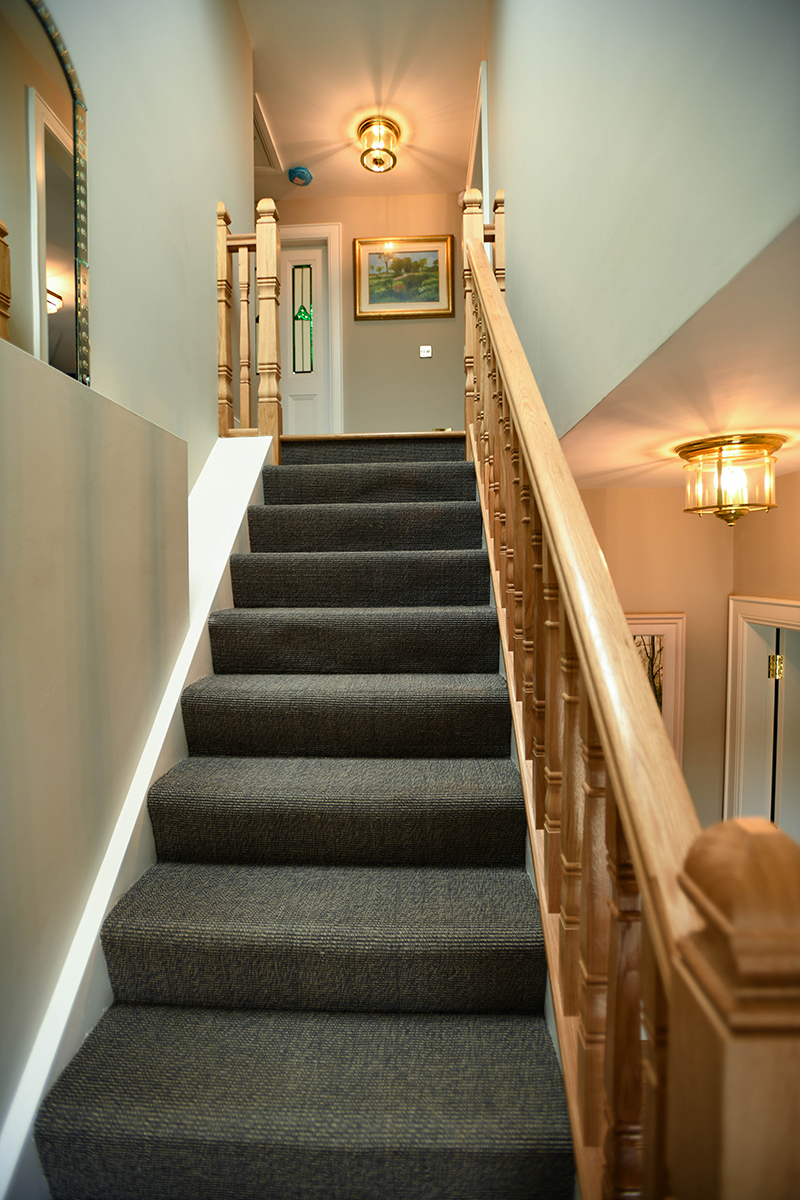 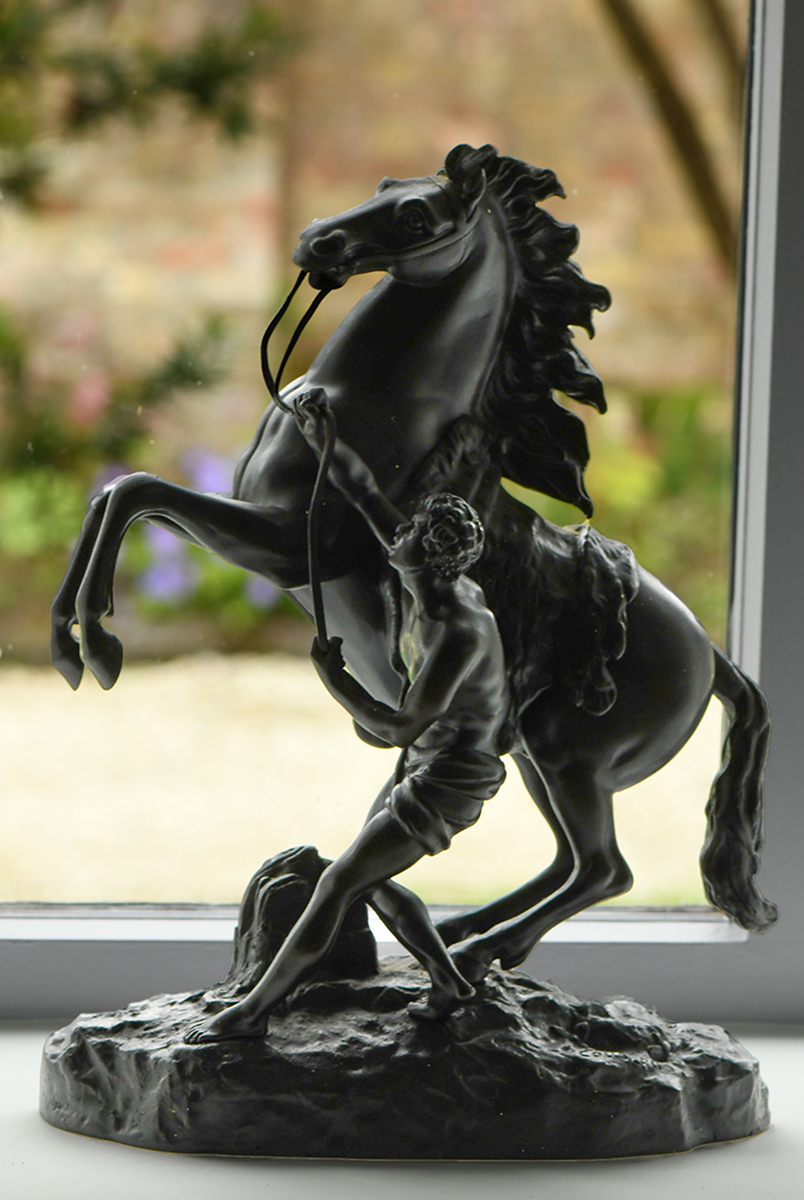 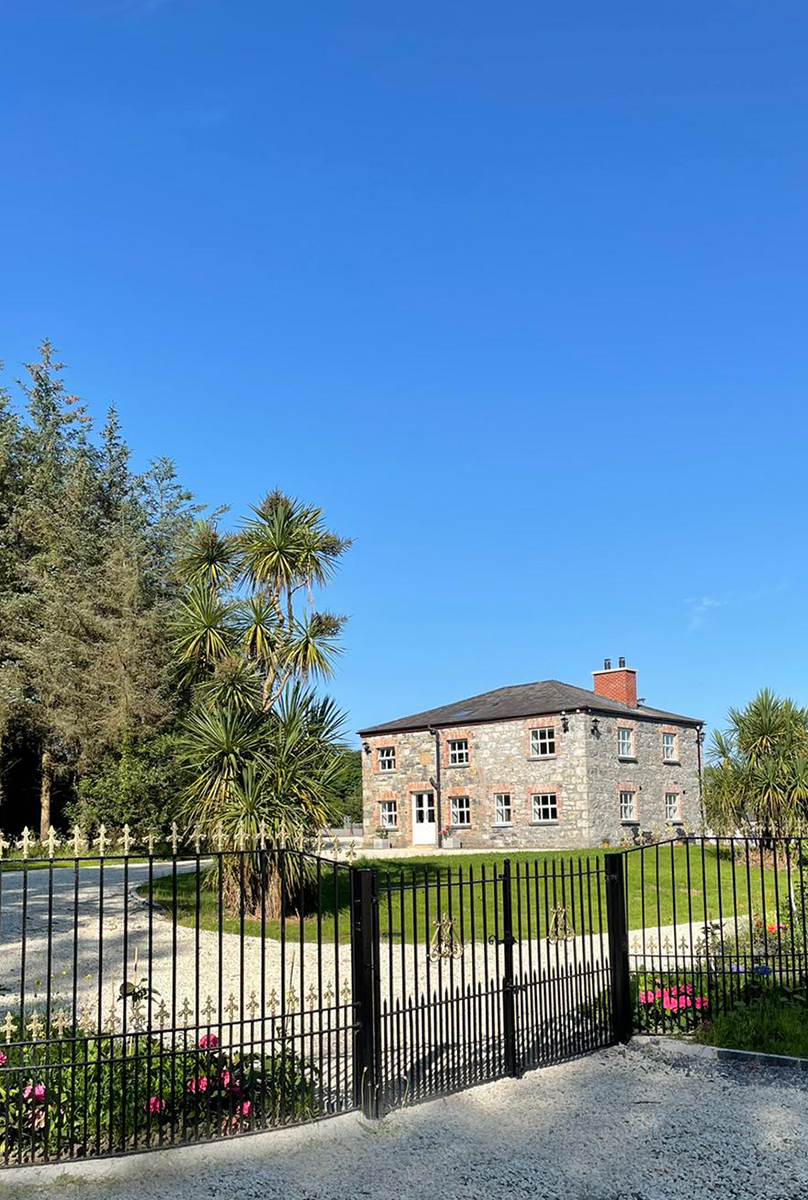