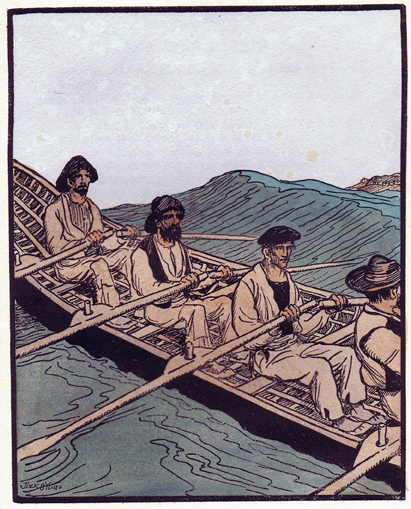 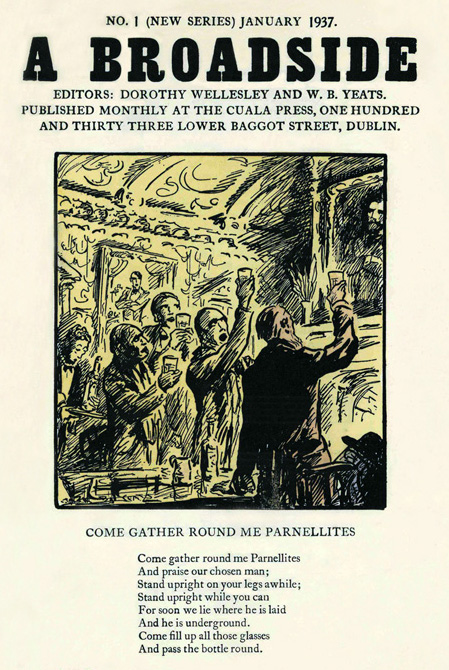 opened on 1st August 2010 by Canadian poet and songwriter

“No one creates. The artist assembles memories”:  so said Jack Yeats,  son of the artist John Butler Yeats and brother to the poet William Butler Yeats.   Jack Yeats  is regarded as the most significant Irish artist of the 20th century. He painted with nervous energy in the modern, broken-line, expressionist colour style. Yeats disliked company when he painted, and distrusted colour photographs of his work. As well being a painter, he  was a writer, and also worked closely with his brother the poet (William Butler Yeats) and sisters Lily and Lolly for the Cuala Press, providing regular illustrations.

The playwright John Millington Synge, said: “It is a part of the misfortune of Ireland that nearly all the characteristics which give colour and attractiveness to Irish life are bound up with a social condition that is near to penury. Synge was reporting on his travels in the west of Ireland with Jack in 1905. The pair were writing for the English Manchester Guardian. Synge’s reports, accompanied by Jack’s ink drawings, were published in this paper in June and July 1905.

Of the Parnellites’ sketch (left), the poet W. B. Yeats said:  “my brother has got to perfection the old fashioned, highly ornamental Dublin hotel or tavern where such men would gather after a Parnell commemoration. The pictures on the wall are right; and the old Dublin waiter holding the bottle on the salver”.

His Duchess patron and co-editor, Dorothy Wellesley, was not so happy, fearing that the song “will be sung forever in Ireland, spreading yet more hatred for many centuries”.

Jack also illustrated his brother’s book “Reveries” with the brothers’ much loved Sligo (right), which he called “MEMORY HARBOUR”.

BELOW are pages from Jack’s Irish language lesson book for children, and from two of his plays, The Treasure Garden, and The Play of James Flaunty. 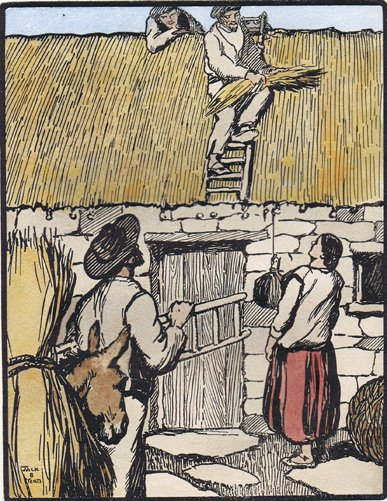 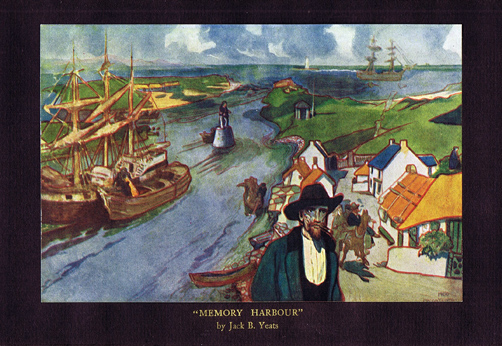 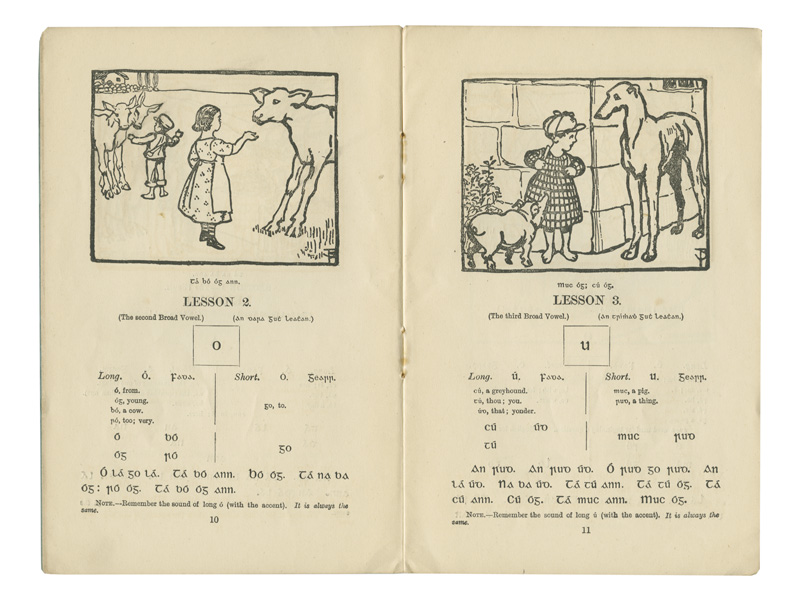 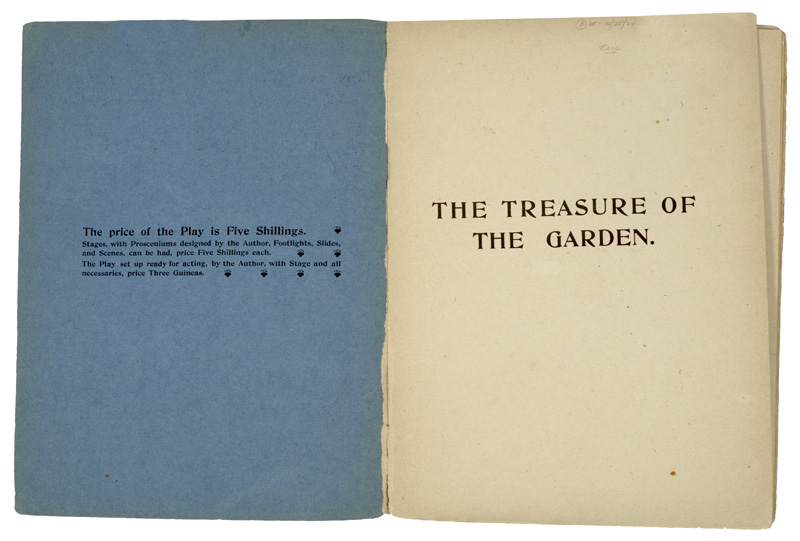 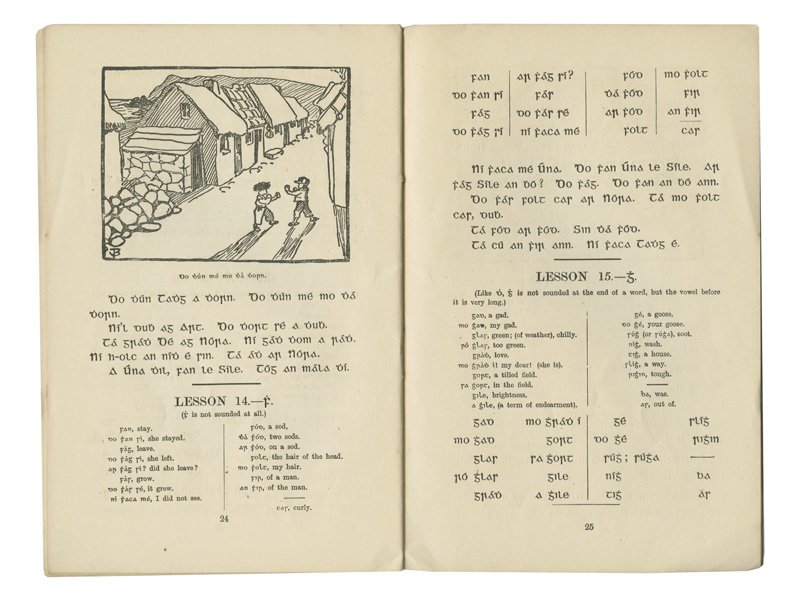 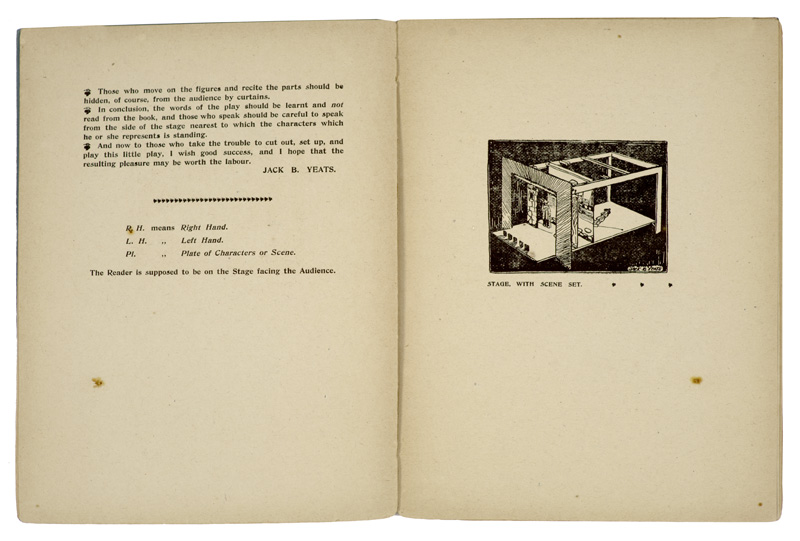 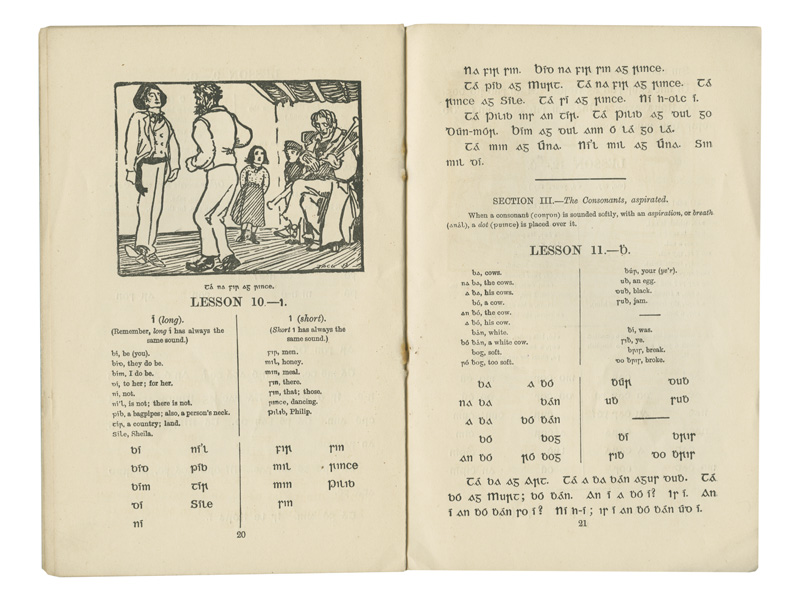 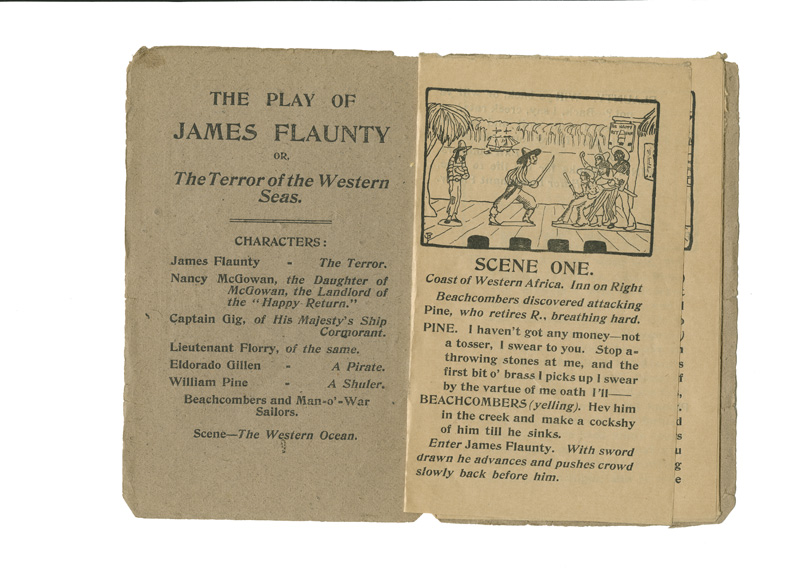 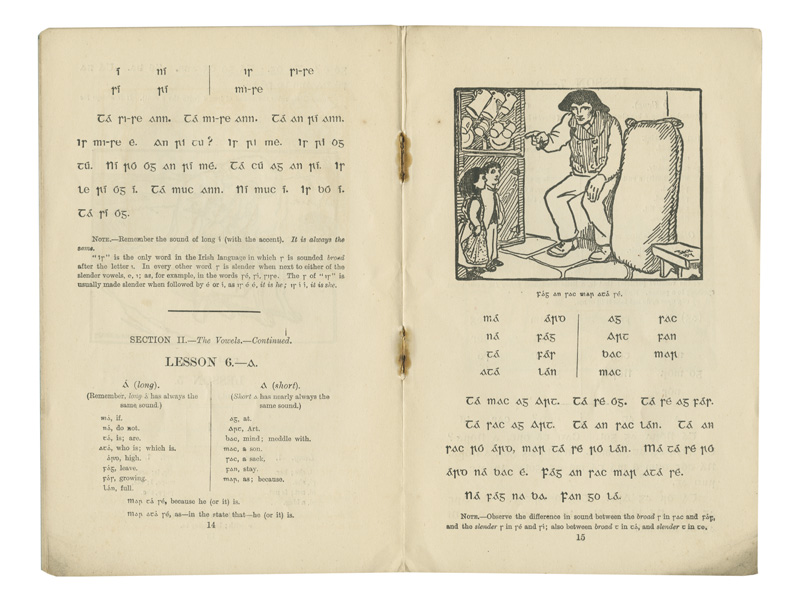 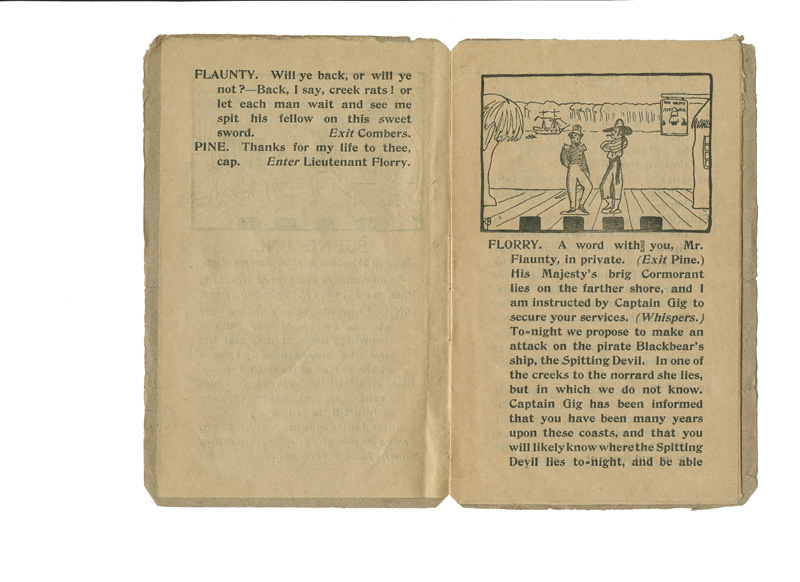