Built in 1840, the Kitchen Garden initially supplied the house with fruit, flowers and vegetables.

This garden has been under green manure for the past few years. The David Langford heritage potato collection was, however, replanted in early June 2014, when our decision to re-open was taken. 200 heritage potatoes are now back in the ground in this garden. The apple and pear trees are thriving, as are the fruit bushes. This Garden is a work in progress.

When Edward Walsh and his wife Constance Cassidy bought Lissadell in December 2003, they resolved to bring the estate back to its original glory and to re-establish the thriving horticultural enterprise first created by Josslyn Gore Booth between 1890 and 1944. Records show that the Lissadell Estate sold 1,400 alpine and 1,100 herbaceous varieties across Europe and the US in 1915. Lissadell was even more famous for its large commercial bulb farm, growing mainly narcissi (daffodil) and anemones, and was able to offer 258 varieties of daffodil for sale in 1915. Fifty-seven of the original heritage daffodils are now back in the ground at Lissadell. The estate, which at that time employed over 200 people, is now under active and comprehensive restoration with special emphasis on the walled gardens. By 2003 the Kitchen Garden had been neglected for over 60 years. There were no planting records, but an old plan gave the layout of the Garden.

The questions most frequently asked by visitors:

Oliver Moore stopped by: “Dermot is busy but happy. He comes from a growing background, and has grown all over the world. But here, in the walled 2 ½ acre Victorian walled garden in Lissadell, he’s in his element. Walking around the garden, it would be suprising if I wasn’t surprised by some of the things I encounter. First up, 29 varieties of lettuce. Not herbs and lettuce, just lettuce. Nine different types of Basil. I sampled the Lemon Basil, and it’s extraordinarily flavoursome. Black peppers – not pepper as in salt and pepper, but peppers; heritage potatoes sourced from David Langford, who grows 160 varieties in his garden. Dermot says: “organic farmers, to supply more people with a consistent supply of vegetables, need to embrace technology, in the way people like Philip Drapier does”. Philip is a field-scale organic vegetable grower in Offaly. His Organic Centre has sent its students out to Dermot to see how it should be done”.

“Dermot is also converting the garden to organic.Dermot has grown vegetables all over the world. And everywhere he’s grown, things have worked out well. He’s grown in the US, on the Aran Islands, and in an Táirseach. The garden is divided into four sections, each of which is further subdivided into four sections. That’s how the Victorians would have done it. Except for this bit; this section is fairly wild, more like nature”, he says, pointed to a spectacular, sunflower- laden section. Everything looks and tastes fantastic. Even the weather this summer didn’t destroy the garden: “some of the crops are wet weather crops”, says Dermot, who has let his products speak for themselves. “I’ve brought chefs from local hotels and restaurants out here, like Brid Torrades from Osta wine bar and the Atrium cafe, I’ve walked them around and given them a box of vegetables to take home with them. They’ve become my biggest customers. I’ve also gone to my customers in January with a seed catalogue, and asked them what they wanted me to grow. It’s a buyer’s market.”

to visit our TICKETS page

Dermot Carey follows in the footsteps of the renowned Joseph Sangster, head gardener at Lissadell for ten years from 1903. When Joseph arrived at Lissadell, there were 6 under gardeners. Josslyn Gore Booth asked him to develop the gardens to make them profitable. Joseph worked closely with Josslyn in making the gardens commercially viable by selling produce locally and abroad by mail order. By the time he left in 1913, Joseph had 70 men running both the gardens and a thriving bulb business. It was during this period that Josslyn Gore Booth created the distinctive Lissadell Logo (below), which we have revived. Joseph later worked in the famous seed firm of Thompson & Morgan in Ipswich, Suffolk, England and eventually took over as manager. He became President of the Horticultural Trades Association. Described as “a brilliant horticulturist and talented administrator”, Joseph was to add 4,000 plant names to the established 2,000 already in the Thompson & Morgan catalogue.

Restoration work: writing about the restoration, the Irish Times’s Jane Power said: “the Upper Garden, a Victorian kitchen garden, is a thing of beauty and mathematical precision. It is filled with rows and rectangles of perfect vegetables and other edibles. There are hundreds of varieties, many of them heritage strains, including numerous potatoes and – incredibly – 40 kinds of gooseberry.The genius behind this 2.2-acre edible enclosure is Klaus Laitenberger, possibly the country’s most knowledgeable organic vegetable gardener – who has since moved onto other things. Clearing, propagating, planting, weeding, staking and scores of other tasks continue to be carried out by Pat Curneen, Mike Feeney and two part-timers. Excellent people. May their backs always be strong and their spades always sharp”.

Emma Philbin Bowman, writing for the Sunday Times, dropped by in 2006. she spoke with Klaus Laitenberger, who had been invited to lead the restoration of the Kitchen Garden. She wrote: “Restoring Lissadell’s organic garden was clearly a labour of love for Laitenberger and his team — Pat Curneen, Terry Rainey, Mike Feeney and Nova Gadsby — all graduates of the Organic Centre. In the course of a year they have achieved something pretty special, returning this vast two-acre Victorian garden to almost full production. If walled gardens are your thing, this one is awesome”.

Laitenberger told Emma that “soil is always a huge consideration in organic growing. The soil at Lissadell was already superb, but well-composted manure was added.” Laitenberger opted almost exclusively for Victorian heritage varieties of vegetable: “from my time at the Organic Centre, I knew which varieties grew well. Given the nature of the garden, visual appeal was important too: I wanted to choose really good-looking vegetables: some of the most beautiful are Redbor kale, beetroot ‘Bull’s Blood’, and ‘Bright Lights’ chard.” Weeds and pests represented more of a challenge: “We had everything you can think of: thistles, docks, Scotch grass, Japanese knotweed. Mostly we relied on hand weeding. We hoed every square yard of that garden every week with a swivel hoe.”

‘The Kitchen Garden today is laid out in four equally sized plots, as it was in the old plan. Each plot is further divided for crop rotation, which means growing one type of plant in a different location each year. “This avoids a build-up of soil-borne pests and diseases. It also helps reduce weeds, as some plants are weed- suppressants and others, such as onions, are grown with a lot of exposed earth, which attracts weeds. Rotation also preserves soil fertility: different plants take different nutrients from the earth, and rotating them means you never deplete one element. “Finally, rotation gives all the earth the chance to benefit from a nitrogen-fixing crop: peas, beans, or a ‘green manure’ such as clover. Such crops are essential to soil improvement as plants can only absorb nitrogen from the soil, but few can enrich its nitrogen supplies.” said Laitenberger’.

The Sunday Tribune’s Helen Rock was also impressed: “the result is a work of art . . . and of genius . . . brilliantly laid out and planted with fruit and vegetables that will have to be rotated according to best organic practice by fulltime gardeners Michael Feeney, Terry Rainey and Pat Curneen”. 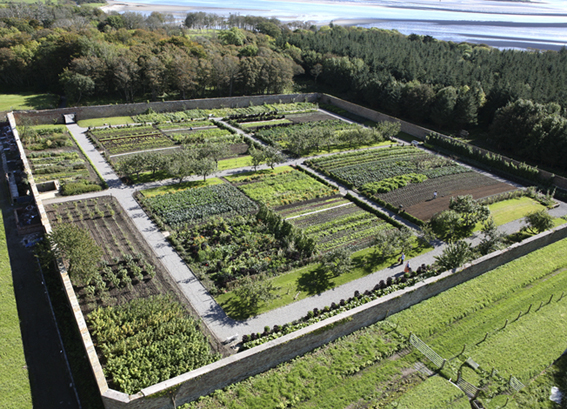 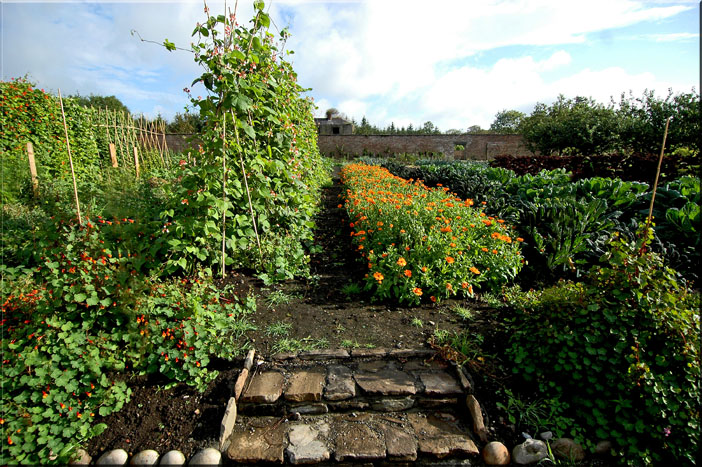 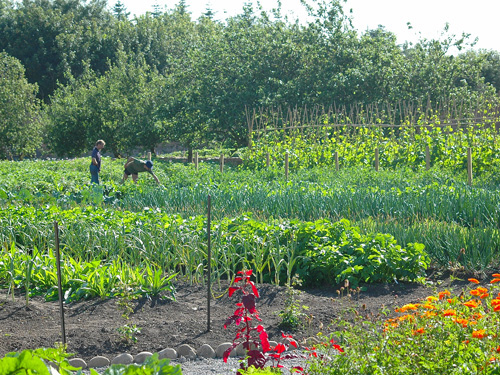 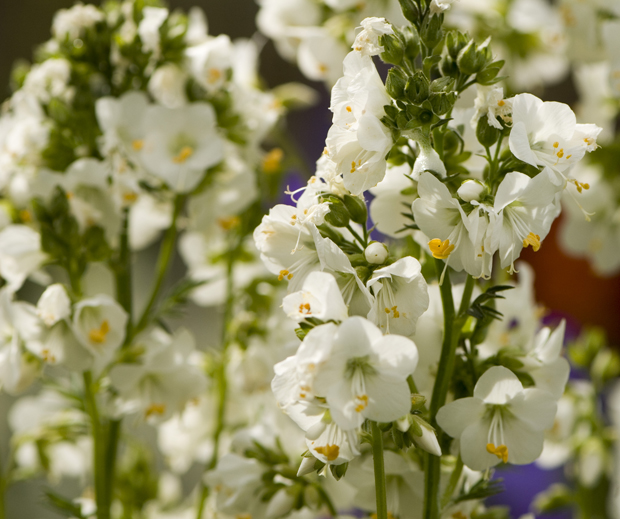 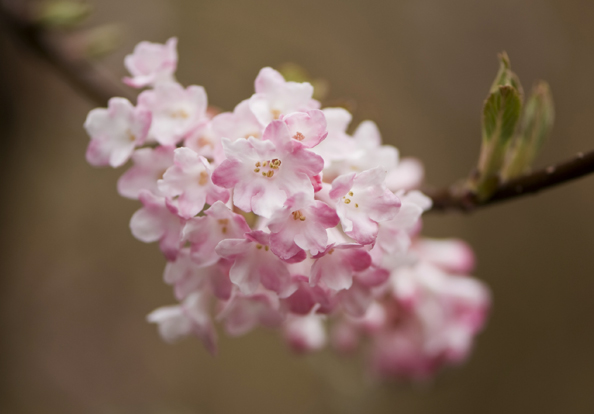 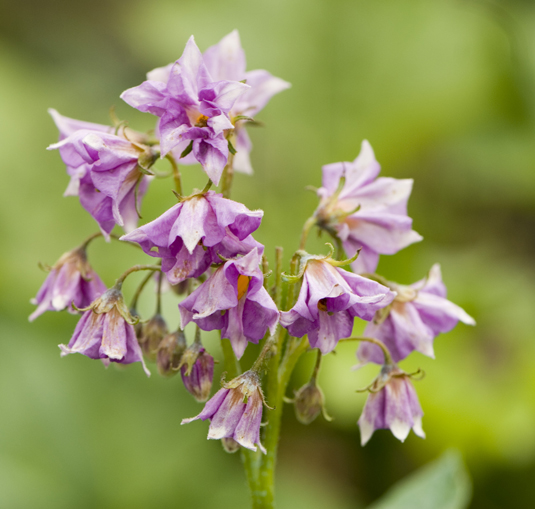 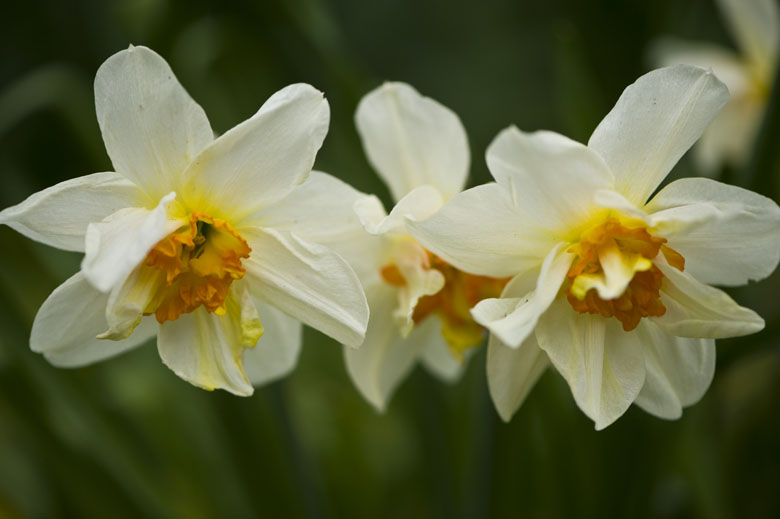 To mark the UN International Year of the Potato in 2008 we planted over 169 heritage potatoes in the Kitchen Garden from the collection of noted Mayo horticulturist David Langford.

David Langford has established the most comprehensive collection of heritage potatoes in Ireland over many years and we are very proud to have been chosen as the repository for this wonderful collection. There are now 180 varieties of potato growing at Lissadell dating from 1768 right up to 2004, including the Famine Lumper.

Potatoes had been grown commercially at Lissadell since the 1900s, and the most popular variety was the 1902Ninetyfold, the best all round potato of the time. In about 1910 Lissadell bred its very own potato variety, the Allanah, and we plan to reintroduce potato breeding at Lissadell. Potatoes were grown on one acre, and increased every year. In 2007 we moved from garden scale growing to field scale in the nursery first created in the 1840s. The most popular varieties at Lissadell today are the Orla, an early, blight resistent potato bred in Carlow in 1999; the Arran Victory, a maincrop potato first bred in 1918 and the Pink Fir Apple, a salad potato bred in 1850. 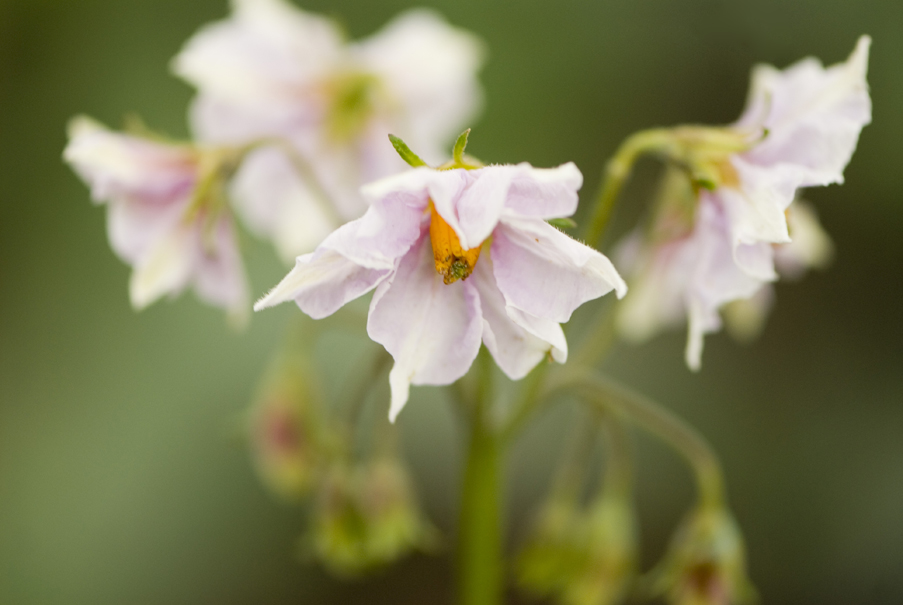 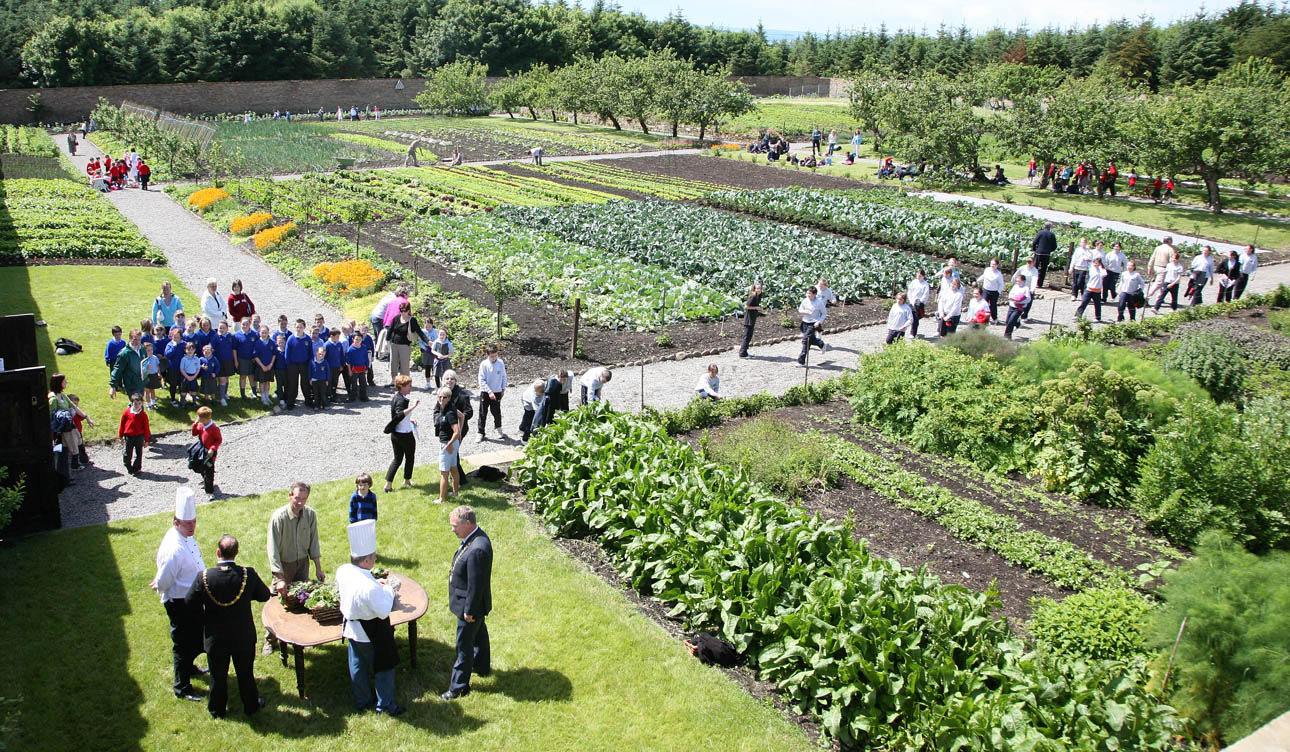